The richest prize purse in Australian sport is going up another $3 million dollars. 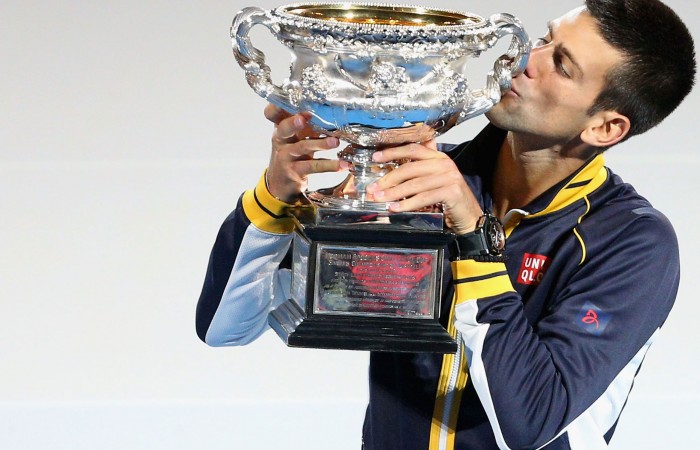 The richest prize purse in Australian sport is going up another $3 million dollars.

Australian Open 2014 will offer AUD$33 million in prize money having increased an incredible $7 million dollars in the past two years.

When announced last year, the Australian Open 2013 prize pool of AUD$30 million signified the single biggest increase in the history of the sport and led to increased prize money offerings at all majors this year.

“We said it last year and we still believe it … these incredible athletes deserve every cent and we will continue to do everything in our power to make the life of an international professional tennis player more worthwhile. The Slams have led the way, but the entire tennis fraternity still isn’t there yet,” Tennis Australia CEO Craig Tiley said.

The most visible change to the event in 2014 will be the new look Margaret Court Arena (MCA).

The scene of many stunning Australian Open battles, MCA is undergoing a massive transformation as part of the Victorian Government’s $366 million redevelopment and will sport a dramatic new look including:

Tennis Australia CEO Craig Tiley is looking forward to the return of Rafael Nadal whose inspirational comeback from injury this year has so far netted him nine titles, including two Grand Slams – Roland Garros and the US Open.

“Rafa has had an incredibly successful year and has to be a major contender to win the Australian Open for the second time,” Tiley said. “It will be tough to get past defending champion Novak Djokovic, always very at home on Rod Laver Arena, and three-time finalist Andy Murray, coming back from injury. And I will never underestimate the formidable talent of Roger Federer.

“David Ferrer is itching for a breakthrough major win, along with fan favourite and Australian Open finalist [Jo-Wilfried] Tsonga, and the likes of [Juan Martin] del Potro, [Stanislas] Wawrinka and [Tomas] Berdych. The next generation of emerging talents such as Milos Raonic, Grigor Dimitrov and Bernard Tomic is also knocking on the door.

“With two majors this year Serena Williams looks pretty invincible. [Maria] Sharapova will be on the come-back trail and defending champion [Victoria] Azarenka always plays well in Melbourne. Li Na is a hit with the Aussie crowds, and you can’t discount top players like Aga Radwanska, Caroline Wozniacki and Sam Stosur,” Tiley said.

Ticket pre-sales for Australian Open 2014 are at an all-time high. New tour operator partnerships include P&O Cruises, with a first-time cruise from Sydney to Melbourne selling out in record time.

Series tickets for Australian Open 2014 go on sale through Ticketek from 9:00 am on Wednesday 2October to 5:00 pm Monday 7 October (AEDST).

Fans are encouraged to pre-purchase and save on Australian Open 2014 tickets. Tournament pricing applies to all tickets purchased from Monday 13 January.

*Based on pre-purchase pricing.