Rankings watch: Dellacqua on the upswing 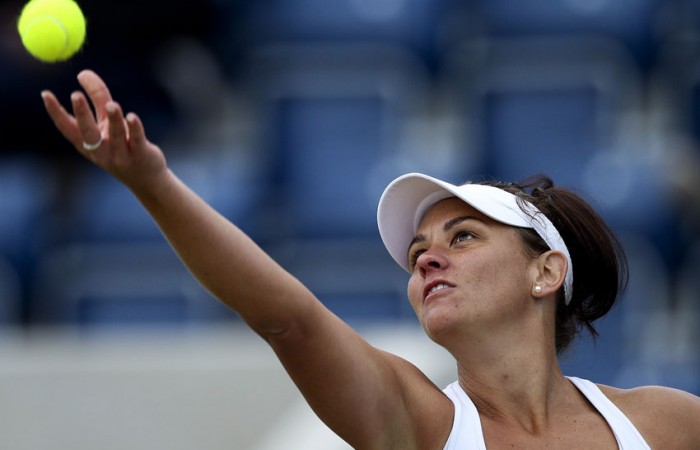 The Western Australian vaulted from No.209 to No.167 after qualifying for the WTA Premier event and then reaching the second round with a dominant victory over top 50 player Kristina Mladenovic.

Dellacqua was ranked as high as No.77 just over a year ago, but while her performance on the doubles court has been exemplary in 2013, she’s struggled to match that form in singles.

Yet that appears to be changing.

Through the end of the French Open Dellacqua had won just four of 13 matches, yet since then has hit her stride, winning 10 of her past 14 to qualify for Birmingham, the US Open and Tokyo, and coming within a couple of points of doing the same at Wimbledon.

She is currently ranked 11th in the world in doubles.

On the men’s side, strong results on the Pro Tour has seen a number of our emerging talents rise up the ranks.

Victorian 20-year-old Andrew Whittington jumped 99 spots to a career-high ranking of No.421 after his victory at the recent Cairns Tennis International.

Jordan Thompson leaped 39 places to No.454 after reaching the semifinals, where he fell to Bolt; the 19-year-old stands to rise much higher next week when points from his victory at the Alice Springs Pro Tour event are counted in his ATP ranking.

The other semifinalist in Cairns, Maverick Banes, surged 156 places to No.828 following his performance in Far North Queensland.

Meanwhile, top junior prospect Thanasi Kokkinakis showed his ability to adapt his big-hitting game to the senior tour after reaching the second round of the ATP Napa Challenger in California as a qualifier.

The South Australian 17-year-old shot 178 places up the rankings to world No.775.