Sam Stosur has gone down to Lucie Safarova in the opening round of the ATP/WTA China Open in Beijing. 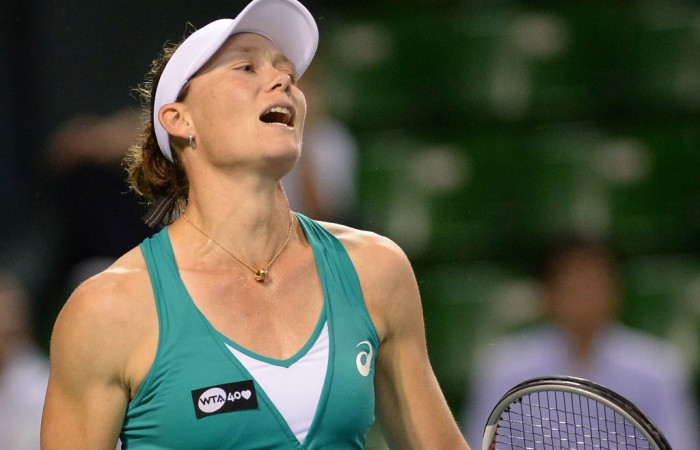 Sam Stosur has gone down to Lucie Safarova in the opening round of the ATP/WTA China Open in Beijing.

Stosur, seeded 15th at the prestigious event, fell to the Czech for the second straight week, this time by the scoreline of 7-5 6-3.

Just a few days ago in Tokyo, Safarova had ended Stosur’s campaign in the Japanese capital with a straight-set victory in the third round.

Stosur has now fallen to Safarova in their last five meetings, all in straight sets and with four of those defeats coming in 2013.

The Czech, more nimble about the court than Stosur, used her tried-and-true game plan to full effect, her left-handed forehand drawing the Aussie out wide on her backhand side before invariably finding the open court on the next shot.

Frequently Stosur found herself pushed behind the baseline while being unable to budge Safarova with her own usually-damaging forehand.