Sam Stosur has recovered from a break down in the second set to run out a 6-3 7-6(2) winner over Kimiko Date-Krumm at the Toray Pan Pacific Open. 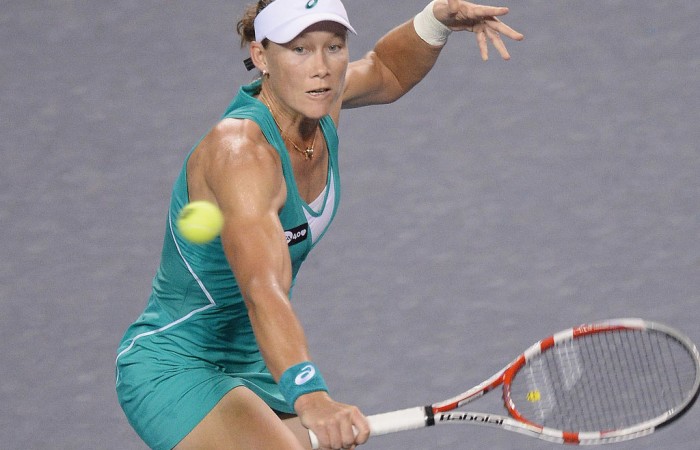 Sam Stosur is through to the third round of the Toray Pan Pacific Open after staging a second set comeback against Japanese veteran Kimiko Date-Krumm.

But for a while it looked as if she might not make it; she found herself down 3-5 in the second set before recovering, and served to stay in the set before sending it to a tiebreak.

Once there, the Australian used crushing body serves and her heavy forehand to full effect, forcing errors from Date-Krumm and silencing the excitable home crowd at Ariake Coliseum.

The 12th seed next finds herself up against Safarova, a dangerous left-hander whom she owns a 2-6 head-to-head record against.

Safarova has won their past three encounters, all in straight sets.