Lleyton Hewitt says that a chance to compete for Australia once again in the Davis Cup World Group is one of the main reasons he continues to play. 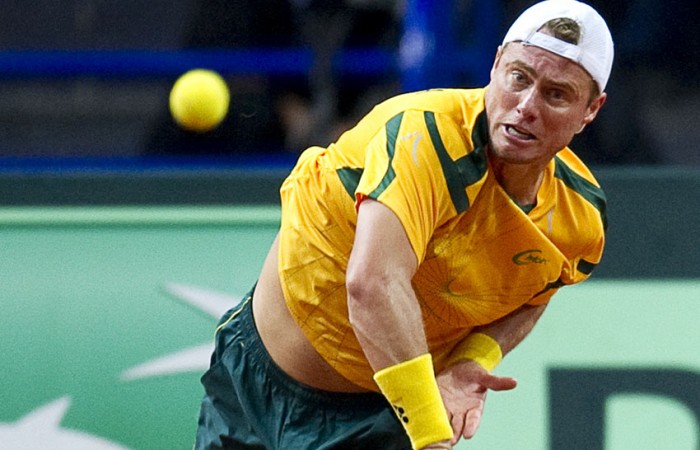 Australia will return to the Davis Cup’s top tier next year for the first time since 2007 and Lleyton Hewitt is sure to feature in Pat Rafter’s squad.

The former world No.1 remains a fierce competitor in Grand Slams, as evidence by his run to the last 16 at the US Open, but he’s badly missed competing at the highest level of Davis Cup.

The two-time major winner said in Poland he craved “one last” crack at the top 16.

“For me personally, it’s a massive thing,” said Hewitt, who beat Poland’s stand-in No.1 Lukasz Kubot to give Australia a perfect start in Warsaw.

“I’d love to to play the World Group more than anything one last time before I eventually hang up the hats … It’s one of the main reasons I’m still playing.”

Hewitt has won more Davis Cup rubbers for Australia than any man in history and is the country’s most-capped player.

His win over Kubot took his career win-loss record in the competition to 54-16 overall and 40-13 in singles.

He will undoubtedly play a vital role in Australia’s bid to consolidate a place in the top tier.

The inspirational Hewitt has been critical in the development of Bernard Tomic as a Davis Cup player and his leadership qualities were on show again as teenager Nick Kyrgios made his debut in Poland.

“It’s always an amazing feeling to have Lleyton on your team,” Tomic said.

“Davis Cup is something Lleyton’s really loved a lot and something I’ve always wanted to play well at and grown to love a lot.

“Having such a big influence on your team, it does help you a lot.”