Czechs next for Barty and Dellacqua

Ash Barty and Casey Dellacqua will face Andrea Hlavackova and Lucie Hradecka in the US Open women's double final after the Czechs upset Venus and Serena Williams. 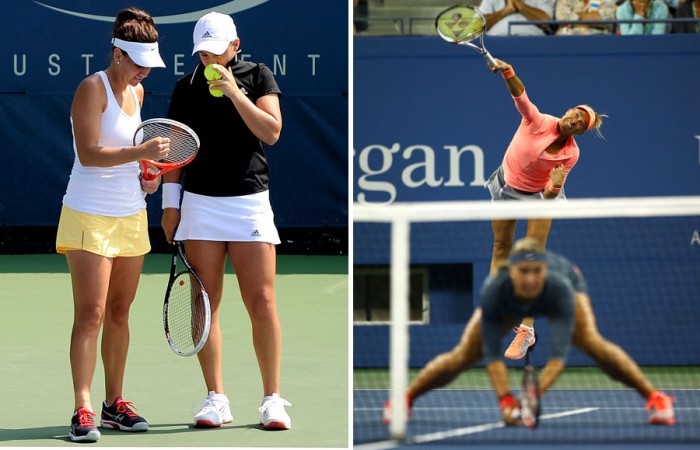 Ash Barty and Casey Dellacqua will face Andrea Hlavackova and Lucie Hradecka in the US Open women’s double final after the Czechs upset Venus and Serena Williams in the semifinals on Friday.

The fifth seeds overwhelmed the fancied Williams duo, wining 6-4 6-2 in the last match of the day at Arthur Ashe Stadium.

Just a few hours earlier, Serena had been on court demolishing China’s Li Na to book a place in her second straight singles final at Flushing Meadows.

Hlavackova and Hradecka, who had lost to the Williams sisters in the Wimbledon and Olympic finals of 2012, turned the tables in dramatic fashion, winning the match in one hour and 35 minutes.

Despite hitting 22 winners to Venus and Serena’s 27, the Czechs kept their unforced errors far better in check, finishing the match with seven compared to the sisters’ 21.

The women’s doubles final will be contested on Sunday in New York.

It will be Barty and Dellacqua’s third appearance in a Grand Slam final in 2013 – following the Australian Open and Wimbledon – while for the Czechs, it will be their first this season.

The teams have met twice in 2013; Hlavackova and Hradecka beat the Aussies in a Fed Cup rubber in February, before Barty and Dellacqua gained revenge with a three-set win in the Wimbledon quarterfinals.