Mats Wilander has lauded Lleyton Hewitt as one of the greatest competitors in tennis history after the Australian's gallant run at the US Open in New York. 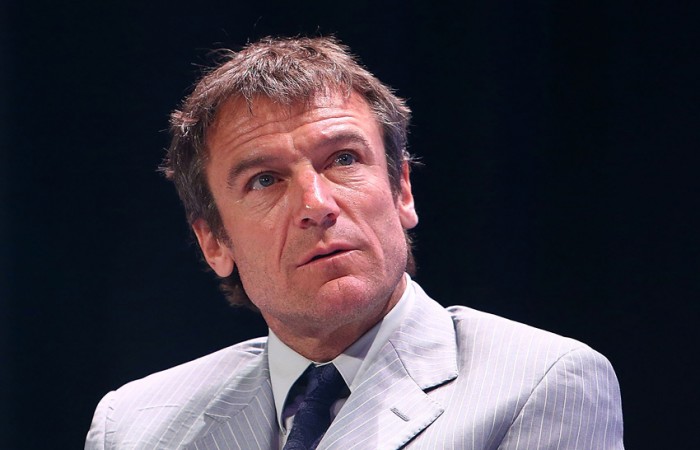 Lleyton Hewitt is being lauded as one of the greatest competitors in tennis history after his gallant run at the US Open in New York.

Despite being told by numerous doctors to retire last year, the Australian baseline warrior continues to confound the critics and took out 2009 champion and world No.6 Juan Martin del Potro and two others before having his charge stopped in a seesawing cliffhanger.

All up, Hewitt spent 18 sets and more than 15 hours on court in seven days, prompting seven-time Grand Slam champion and former world No.1 Mats Wilander to rank the 32-year-old alongside Rafael Nadal for true grit.

“To me, Hewitt and Nadal would be the best spirited fighters I’ve ever seen on the tennis court,” Wilander said.

Hewitt squandered a two-sets-to-one advantage and 4-1 and 5-2 leads in the fourth and fifth sets against Youzhny, but departed Flushing Meadows with no regrets.

“In the end, he played the big games when he needed to. He didn’t give me too many cheap errors,” he said. “It’s a game of inches out there, really.

“I left it all out there this whole week, week and a half.

“I fought my way through the third round, and obviously I could have gone either way today. It obviously gives me a lot of confidence.”

Hewitt says that after his other five-set thriller against del Potro in the second round, things got harder.

“It’s obviously great to come into the tournament and have a tough draw in the second round playing a quality player,” he said.

“To get through that match and then to bounce back, and it was always going to be hard physically to keep coming out match after match, because in the second round that obviously took a lot out of me to get through del Potro.”

While the father-of-three acknowledged that every loss still hurt, he stressed that priorities changed when you had a family.

“When I’m off court, I still do absolutely everything I can to get in and prepare for matches as well as possible, but obviously you don’t probably dwell on matches quite as much because you have other things to worry about,” he said.

Wilander thought having a family was Hewitt’s greatest asset.

“When you’re 20 years old, you’re on your own. You’re playing for yourself,” Wilander said.

“When you have a family, you lose a match, so what? There’s a safety net there that can only help you if you’re healthy and you’re playing the kind of tennis he’s playing.”

Hewitt will now switch his focus from the US Open to Australia’s Davis Cup World Group playoff this month in Poland; Australia is trying to return to the top tier for the first time since 2007.

“It’s going to be a tough tie for us,” Hewitt said.

“Obviously they chose clay, but I don’t think it’s their best surface either.”

Hewitt said the team would need to step up to win the away tie.

“We obviously need Bernie (Bernard Tomic) playing well and ready, and then hopefully we can find a way to get three rubbers,” he said.

“You’ve just got to go out there and focus on the one match that you’re playing and not keep worrying about the tournament.

“I just try and instil some belief into the team in what they’re capable of doing.”