Australian veteran Lleyton Hewitt is out of the US Open after suffering a sapping five-set fourth-round loss to Russian 21st seed Mikhail Youzhny. 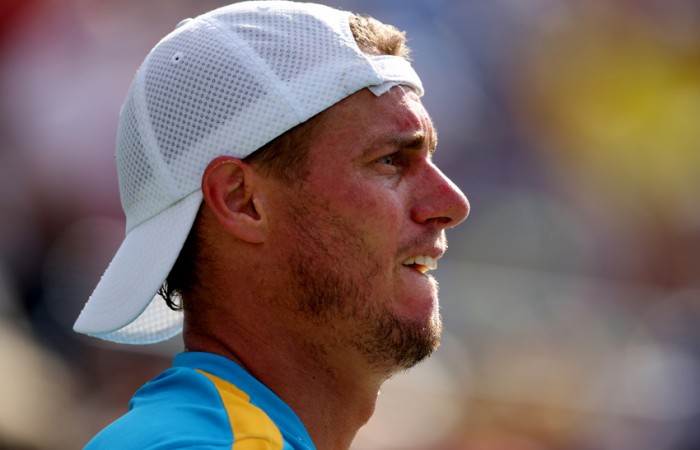 Australian veteran Lleyton Hewitt is out of the US Open after suffering a sapping five-set fourth-round loss to Russian 21st seed Mikhail Youzhny.

Hewitt was twice within sight of his first quarter-final since 2006 before falling 6-3 3-6 6-7(3) 6-4 7-5 in a tension-filled four-hour cliffhanger at Flushing Meadows on Tuesday.

The 2001 champion will long rue squandering a two-sets-to-one advantage and 4-1 and 5-2 leads in the fourth and fifth sets of a draining encounter played out in the hottest part of the day in New York.

In a seesawing contest, Hewitt trailed by a set and a service break before wrestling control only to let the match – and a quarterfinal showdown with world No.1 Novak Djokovic – slip away.

From 4-1 up in the fourth set, Hewitt lost five straight games to allow Youzhny, a two-time semifinalist in New York, to force the decider.

Hewitt dropped serve again in the opening game of the fifth set before halting Youzhny’s momentum with a break back for 1-1.

The 32-year-old had to hold his nerve from 15-30 down at 2-2 after seeking a medical timeout to have cuts to an elbow treated.

He held and was rewarded for his tenacity with what looked a decisive break the very next game for 4-2.

Alas, after holding again, Hewitt was unable to serve out the match at 5-3 and paid the price as Youzhny roared back with some free-swinging tennis.

The Russian broke Hewitt again in the 11th game as Hewitt’s errors continued to mount.

Hewitt saved one match point but Youzhny finally closed out out the match after three hours and 58 minutes.

Hewitt carried a 5-1 winning record over 31-year-old Youzhny into the match against his career-long rival, but made a sluggish start in the hot and breezy conditions.

He dropped serve twice in the opening set and then double-faulted to be broken again early in the second.

But the dogged baseliner quickly broke back and then took out another of Youzhny’s service games with some superb net hustling that saw the Russian sprawling across the court.

With renewed confidence and with the crowd chanting support, Hewitt came into the net almost twice as often as Youzhny and the tactics worked brilliantly as he clinched the set to get back on level terms.

The standard – and the volatile Russian’s temperature – continued to rise with Hewitt’s down-the-line backhand winner after a 46-shot rally the highlight of the hour-long third set.

But from 4-1 in front in the fourth, Hewitt lost his way.