Hewitt rolls into US Open fourth round

UPDATE 12:45pm: Lleyton Hewitt will face Mikhail Youzhny after outclassing Russian Evgeny Donskoy to reach the last 16 in New York for the first time since 2006. 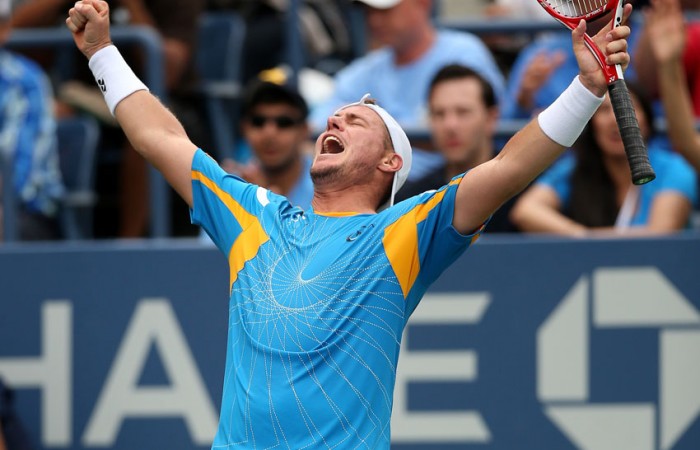 Former champion Lleyton Hewitt has outclassed Russian Evgeny Donskoy to reach the last 16 of the the US Open for the first time since 2006.

Hewitt backed up his vintage five-set win over sixth-seeded 2009 winner Juan Martin del Potro with a 6-3 7-6(5) 3-6 6-1 victory over Donskoy at Flushing Meadows on Sunday.

Twelve years after winning the title in New York, Hewitt next meets Russian 23rd seed Mikhail Youzhny on Tuesday for a likely quarterfinal crack at world No.1 Novak Djokovic.

He’ll be confident of advancing to the last eight as he hold a 5-1 edge in his career head-to-head record against fellow 30-plus player Youzhny.

Hewitt played within himself but was still much too classy for the 102nd-ranked Donskoy, who was bidding to make the fourth round at a major for the first time.

After confidently winning the opening set, Hewitt snatched the second in a tiebreaker but hit a flat spot in the third before powering through the fourth with two more service breaks to comfortably advance after two hours and 56 minutes.

The 32-year-old has spent a total of 13 sets and more than 10 hours on court over the first week of the championships.

But he said his body was holding up well considering he’s been through three tough matches against three very different players.

“I feel pretty good. I have had three tough matches where I have had to keep bouncing back all the time,” he said.

“I have played some of my best tennis here. I think the crowd supports me because my personality is the joy of coming out to play.”