Veteran Lleyton Hewitt says the reason he still plays tennis is for opportunities like his next one against Juan Martin del Potro at the US Open on Friday. 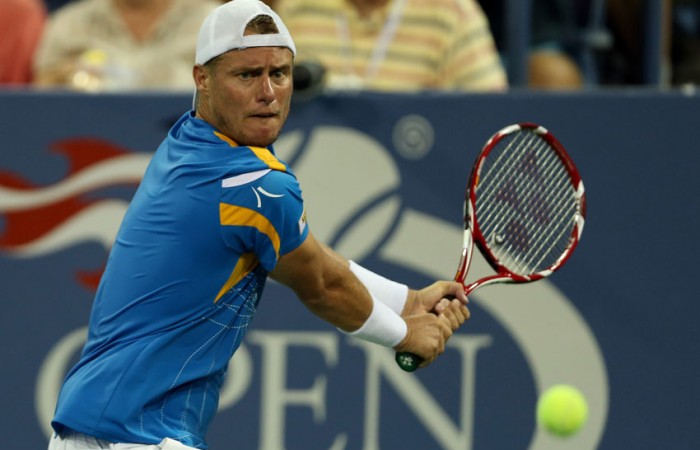 Veteran Lleyton Hewitt says the reason he still plays tennis is for opportunities like his next one at the US Open on Friday.

Del Potro is the only man other than the big four of Novak Djokovic, Andy Murray, Rafael Nadal and Roger Federer to win a major crown in the past eight years.

But despite being ranked 60 places below the Argentine sixth seed, 32-year-old Hewitt says he likes his chances of springing a boilover.

“You have the opportunity to play the best guys out here at slams and at slams this year he is one of them. It’s going to be a big test and I’m looking forward to it. This is why I still play in the game, to be in events like this – Davis Cup and Grand Slams.”

Although Hewitt has lost both his previous hardcourt encounters with del Potro, the former world No.1 has beaten him twice on grass and is backing his speed and agility to combat the tall South American’s power game.

“I feel I can hurt him in some areas some other guys can’t,” Hewitt said.

“But the guy has such brute power out there. He can blow anyone off the court. And for his size, he moves pretty well.”

In their most recent meeting, at the Queen’s Club two months ago, Del Potro beat Hewitt 6-2 2-6 6-2 in what the Australian called “three exceptional sets”.

“I’m going to have to play that level over five sets,” Hewitt said.

“Nearly every time I’ve played against him I have gotten my opportunities. I’ve got to take care of my service games and take advantage of the few opportunities I get.”

Del Potro is wary of the dual Grand Slam winner, declaring Hewitt “maybe the toughest opponent without a seeding in the field”.

“He’s going to be really difficult for me,” del Potro said.

The 24-year-old del Potro – who lost to Djokovic in the longest Wimbledon semifinal in history last month – is hoping to get past Hewitt and push the big guns in his quest for a second slam.

“I was close to doing it in Wimbledon,” he said. “But you have really good guys playing much better than me at the moment.

“I’m trying to getting closer to them in these kind of tournaments, but it’s not easy.”