Barty ousted from US Open

Ash Barty's attention will turn to her doubles campaigns after becoming the last Australian woman to be ousted from the singles at the US Open on Wednesday. 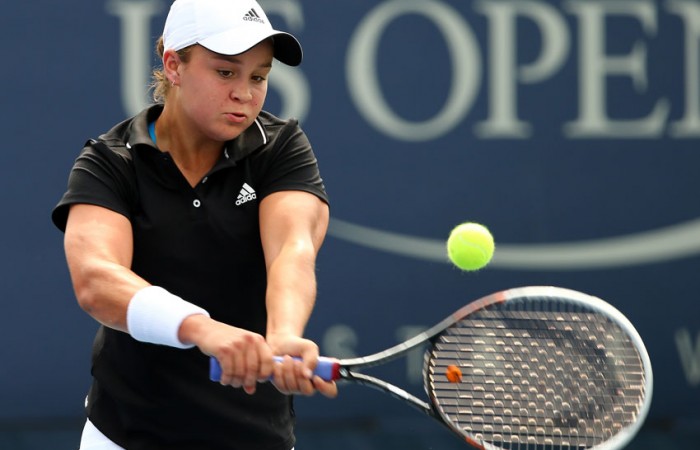 Ash Barty’s attention will turn to her doubles campaigns after becoming the last Australian woman to be ousted from the women’s singles at the US Open on Wednesday.

Barty’s 6-4 6-0 second round loss to Anastasia Pavlyuchenkova was her second comprehensive loss to the Russian this year but she says her better score this time was heartening.

“I played a pretty solid first set and I created an opportunity for myself but you know unfortunately I wasn’t able to take that today,” she said.

“There’s no comparison from me to her so I just have to continue to work on my game and try and put my best foot forward.”

Paired in the doubles and mixed doubles draws with Casey Dellacqua and John Peers respectively, the 17-year-old says she loves playing with both of them.

“That’s the beauty of a Grand Slam. I still have two events to focus on,” she said.

Barty and Dellacqua, who are seeded eighth in the doubles at Flushing Meadows, will face the unseeded team of Romanian Sorana Cirstea and Belgian Yanina Wickmayer in their opening round match.

In the mixed doubles, Barty and Peers face the tougher task of overcoming No.1 seeds German Anna-Lena Groenefeld and Austrian Alexander Peya.

Bernard Tomic is scheduled to play wildcard Dan Evans on Thursday after the British player scored a surprising win over No.11 seed Kei Nishikori.