After nearly a decade leading Tennis Australia, CEO Steve Wood announced today he has informed the Board of his intention to resign from the role at the end of September. 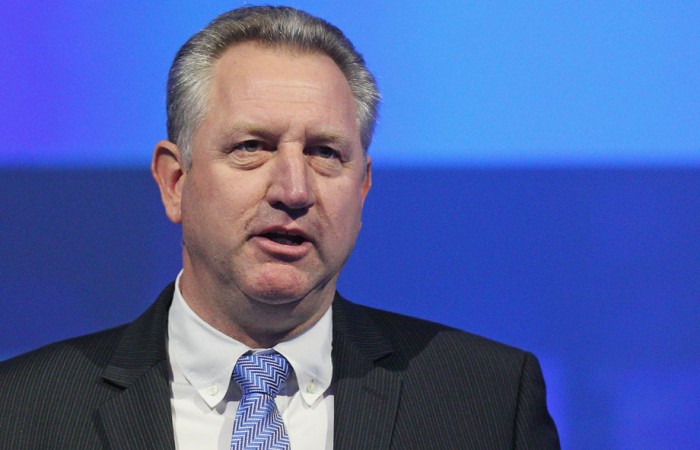 After nearly a decade leading Tennis Australia, CEO Steve Wood announced today he has informed the Board of his intention to resign from the role at the end of September.

“These have been eight fantastic years leading a major professional sport that is my lifelong passion, but I have decided to take a break,” Mr Wood said, adding: “Tennis has always been a huge part of my life. That will not change. But I am looking forward to continuing to make a contribution to the game from a different perspective in the future.”

“He took on the role at a time of great uncertainty within the organisation and has led the company into a very strong position. He helped transition Tennis Australia into a professional and well-run commercial entity that generates substantial revenue to help drive the growth of the sport of tennis. I wish Steve well with his future endeavours,” Mr Healy said.

“Steve’s departure will coincide with a renewed focus on strengthening the foundations of the sport throughout Australia. This will involve an all-encompassing, highly strategic approach to helping tennis continue to overcome the many challenges of the modern sporting landscape.

“Steve’s legacy is that tennis is well-positioned commercially and structurally to take on these challenges. To keep the momentum going the Board has decided that Australian Open and Tennis Director Craig Tiley will be appointed to the role,” Mr Healy said.

“Craig is the obvious successor given his outstanding track record.“

He said the execution of a well-established succession plan was a credit to both Mr Wood and Mr Tiley and “another example of the level of the maturity of the organisation”.

Mr Wood added: “When I started out in this role it was very clear to me that large scale restructuring was needed within the game as well as significant  professionalisation of the business and a major cultural shift in the sport.

“I took some very tough decisions to charter a course of fully unlocking the commercial potential of the Australian Open and all of our sport’s unique assets to invest in repairing the erosion of tennis that had been occurring in Australia for many years.

“We have grown this company into a $200 million business while supporting and nurturing a multi-billion dollar Australian tennis industry and set it on a course for sustainable business and tennis development.”

He said he was proud of a lot of the company’s work in the past eight years including the:

“It has been an incredible time. We have achieved so much. I think the platform has been established and it is now time for an intensified push to reinvigorate every element of Australian tennis,” Mr Wood said.

“I want to thank my family, staff, the Board, our Member Associations, sponsors, partners and my many friends in the tennis community for their incredible support and friendship. It has been a fantastic part of my life.”