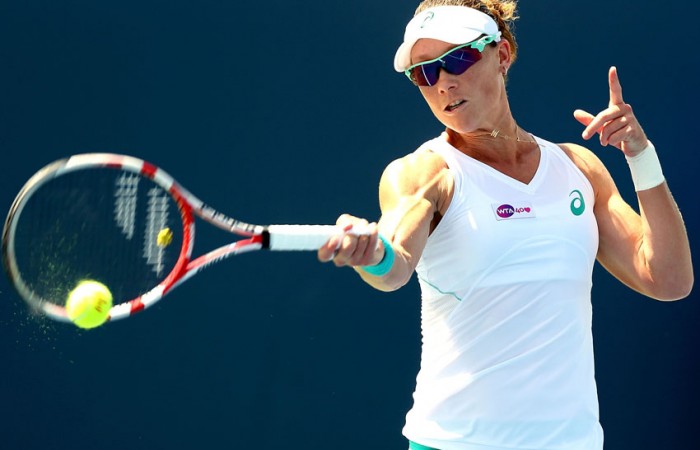 The reason for her elevation comes following the retirement of world No.7 Marion Bartoli, which saw all women ranked below her move up one spot in the seedings list.

World number ones Novak Djokovic and Serena Williams were confirmed on Tuesday as the top seeds.

Spain’s Rafael Nadal, who returned to No.2 in the world this week after winning back-to-back Masters titles at Montreal and Cincinnati, is the second seed with reigning men’s champion Andy Murray seeded third.

Roger Federer, a five-time US Open champion, has dropped to seventh, his lowest seeding at Flushing Meadows since 2002.

Djokovic has reached at least the semifinals in each of the last six years, and the last time he was the top seed, in 2011, he took home the crown.

Williams, a 16-time major winner, is the reigning US Open and French Open champion.

Two-time champion Venus Williams, currently ranked 60th in the world, is unseeded for the tournament that begins on Monday.