Australia’s Sam Stosur and Bernard Tomic, plus Poles Agnieszka Radwanska and Jerzy Janowicz, have today confirmed they will play at Hyundai Hopman Cup 2014. 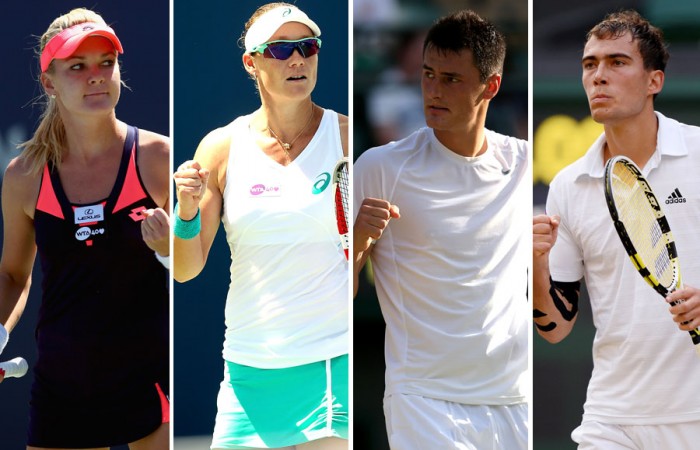 Current world No.4 Agnieszka Radwanska and Wimbledon semifinalist Jerzy Janowicz are also set to star as Poland makes their debut at the event.

World No.13 Stosur is excited to return to Western Australia for the first time since 2010.

“I just wanted to get back to Perth. I thought this year I’d try something different again,” said Stosur, the 2011 US Open champion.

Stosur, who holds four WTA singles titles, her latest following a breakthrough win over world No.2 Victoria Azarenka at the Southern California Open earlier this month, and 23 doubles titles, likes the format of the Hyundai Hopman Cup.

Tomic, 20, and the youngest player currently in the top 100, will pair with Stosur as he looks to continue his unbeaten record at Perth Arena.

“I had some success there earlier this year so hopefully I can do well again in 2014,” said the world No.52, who recently reached the fourth round at Wimbledon.

“The event always attracts strong teams so you know you’re going to get some tough matches against high-quality players.

“The local crowds love their tennis and it’s always exciting to play in front of them,” added the Queenslander, who won his first ATP singles title in Sydney in January.

Radwanska and Janowicz will be looking to make their mark when Team Poland makes its first ever appearance at the event.

“I’ve never played mixed doubles with him [Jerzy] before. Actually my last mixed doubles match was I think five years ago so that will be fun for sure.”

Twenty-two-year-old Janowicz has had an explosive year on the ATP World Tour, having already climbed up the rankings by 73 places to just outside the top 10 in the last 12 months.

“We decided it might be a lot of fun to play together at Hopman Cup,” said Janowicz.

Hyundai Hopman Cup Event Director Steve Ayles is delighted with the signing of the top Australian and Polish pairs.

“Sam and Bernie, Australia’s highest ranked players, have committed to play this event which shows the strength and value of the Hyundai Hopman Cup. The players look at the event as a solid starting point for the new season.

“We’re very excited to welcome Poland to Perth. With both Radwanska and Janowicz adding considerable star power to our line-up, it’s shaping up to be an exceptionally strong field.”

Premium Seating tickets are now on sale, while you can access other exclusive pre-sales by becoming a Hyundai Hopman Cup member.

All other Hyundai Hopman Cup tickets and packages will be on sale from October 2013.