UPDATE: Sam Stosur's campaign at the ATP/WTA event in Cincinnati has come to an end at the hands of rising Romanian star Simona Halep. 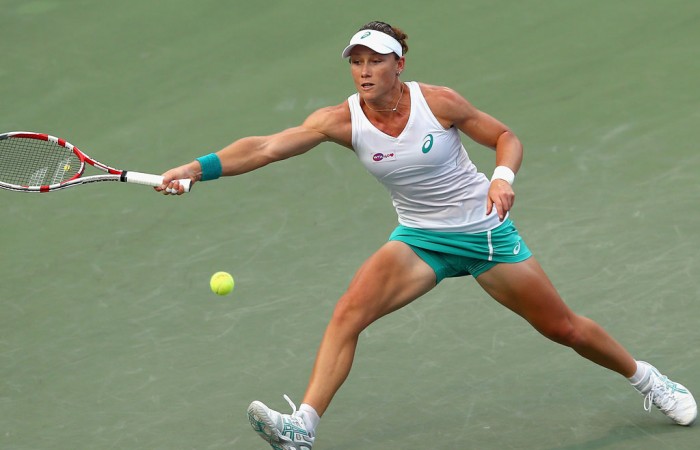 Sam Stosur’s disappointing loss to Simona Halep has cost her a pre-US Open showdown with world No.1 Serena Williams.

Stosur’s had won nine of her previous 10 matches on the American hardcourts going into her third round clash with world No.25 Halep at the ATP-WTA Cincinnati Masters.

But the Romanian triumphed over world No.11 Stosur 6-4 4-6 6-2 on Thursday to claim the quarterfinal berth against Williams, who pounded out a 6-4 6-1 win over Germany’s Mona Barthel.

It means Stosur missed the chance to measure her game against the ultimate yardstick in women’s tennis – the player she beat in the 2011 US Open final – ahead of the year’s final Grand Slam starting in New York on 26 August.

Halep, who ousted No.8 seed Marion Bartoli in the previous round, has won 26 of her past 30 matches.