Stosur safely through in Cincinnati

UPDATE: Sam Stosur is through to the third round of the ATP/WTA event in Cincinnati thanks to a straight-sets win over American wildcard Jamie Hampton. 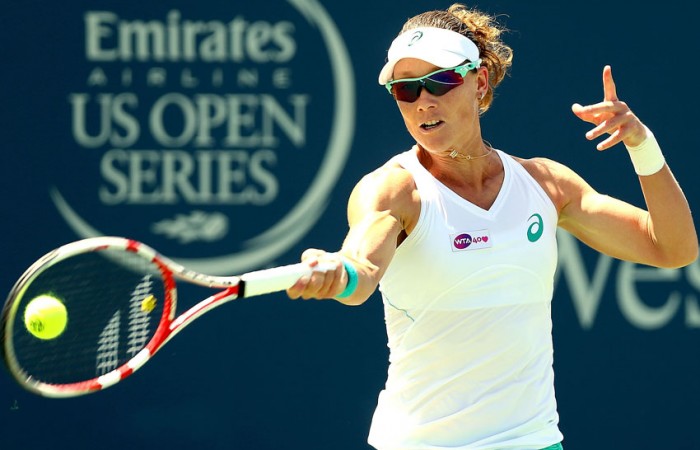 Sam Stosur is through to the third round of the ATP/WTA Western & Southern Open in Cincinnati thanks to a straight-sets win over American wildcard Jamie Hampton.

Stosur will next face Romanian Simona Halep, who recovered from a set down to defeat eighth-seeded Frenchwoman Marion Bartoli.

With the US Open starting in 11 days, Stosur will be hoping to continue her hardcourt build-up to the Grand Slam tournament she won in 2011.

The 29-year-old won the Southern California Open title two weeks ago in Carlsbad.

“I feel like the last couple of weeks I’ve been playing really well … and I feel like my two matches here have been at a really good level and I still feel like there’s room for improvement,” Stosur told wtatennis.com.

“If I can carry this through to New York then that’d be good.”