Sam Stosur continued her impressive return to form with a 6-1 7-5 first-round defeat of Svetlana Kuznetsova at the ATP/WTA event in Cincinnati on Monday. 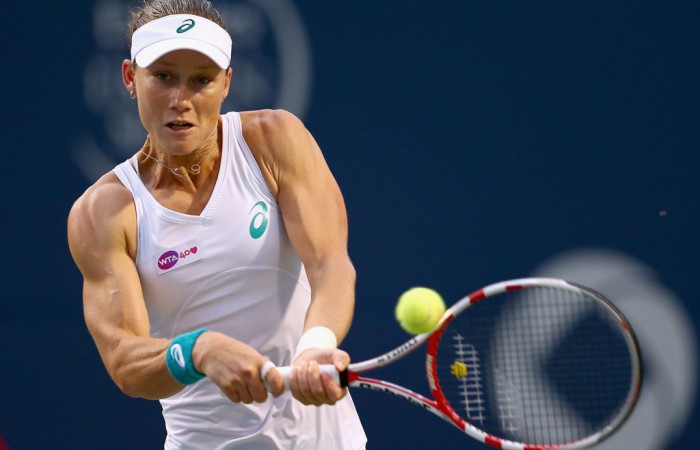 Sam Stosur continued the rehabilitation of her hardcourt game with a 6-1 7-5 first-round defeat of fellow Grand Slam winner Svetlana Kuznetsova at the ATP/WTA Western & Southern Open in Cincinnati on Monday.

Stosur broke three times while never facing a break point in the contest. The Aussie arrived in Cincinnati after exiting in the third round in Toronto last week to 2011 Wimbledon champion Petra Kvitova.

Stosur, who won the US Open in 2011, fell out of the top 10 in the WTA world rankings after falling in the third round at Roland Garros, where she was finalist in 2010 and semifinalist in 2012.

Yet she began to make up ground with a hardcourt title eight days ago in Carlsbad, California, beating two-time Australian Open winner Victoria Azarenka in a straight-set final rout.

Next up for Stosur will be the winner of the match between Russia’s Anastasia Pavlyuchenkova and local Jamie Hampton.

The Cincinnati joint event features the elite of both tours, with Toronto champion Serena Williams heading a women’s field that includes all top-20 players.

World number three Maria Sharapova will be playing for the first time since a Wimbledon second-round defeat and subsequent healing of a hip injury.