Sam Stosur will be the lone Aussie in action this week as the ATP and WTA Tours hit the American Midwest for the Western &#038; Southern Open in Cincinnati. 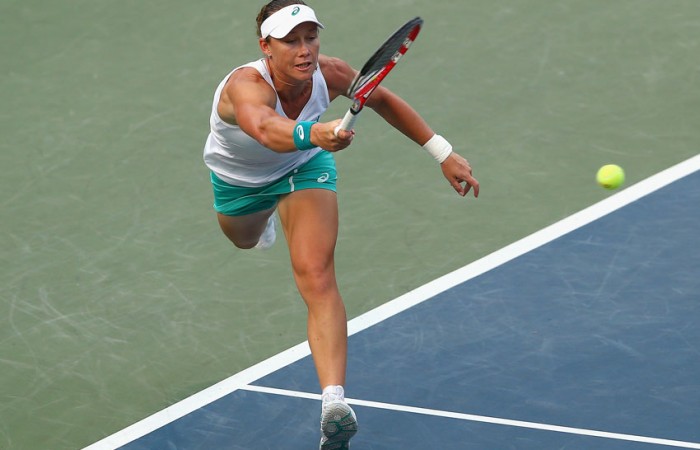 Sam Stosur will be the lone Aussie in action this week as the ATP and WTA Tours hit the American Midwest for the Western & Southern Open in Cincinnati.

Stosur is the 11th seed at the combined ATP Masters/WTA Premier event, and has drawn a tough opening round assignment in the form of Svetlana Kuznetsova.

Kuznetsova, ranked No.28, has returned to the top 30 after beginning the year at No.72. She went an impressive 26-11 in the first five months of the season – reaching the quarterfinals at the Australian and French Opens – before an abdominal injury forced her withdrawal from Eastbourne and Wimbledon.

It also contributed to the rust she displayed in her return to tennis at the WTA event in Carlsbad, where she fell in the first round.

Incidentally, Stosur won that tournament, part of a seven-match winning streak which was finally snapped by Petra Kvitova last week in the third round of the Rogers Cup in Toronto.

Stosur and Kuznetsova have met five times, with the Russian leading the head-to-head 3-2; Stosur won their most recent meeting in straight sets in Doha.

The winner of their Cincinnati dual – scheduled for Monday (Cincinnati time) – faces a second round match against either Anastasia Pavlyuchenkova or Jamie Hampton, with No.8 seed Marion Bartoli a projected third-round opponent.

On the men’s side, Aussie men’s No.1 Bernard Tomic contested the Cincinnati qualifying event, but was bounced in his first match by former top 15 player Robby Ginepri of the United States.