Stosur battles into third round

Sam Stosur has recovered from a set down to defeat Carla Suarez Navarro and advance to the third round of the WTA Rogers Cup in Toronto. 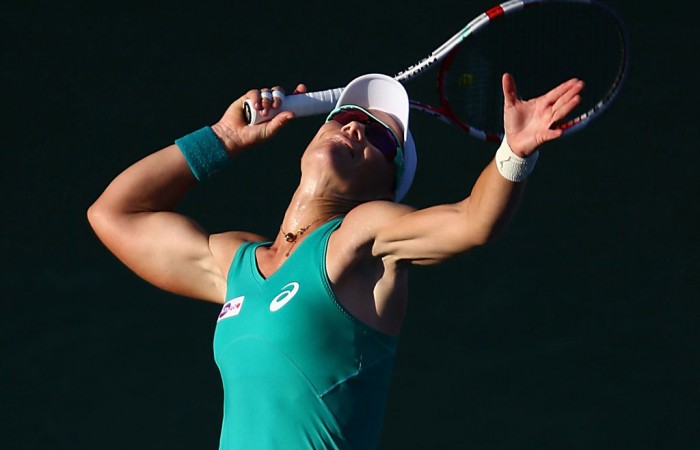 Sam Stosur has recovered from a set down for the second straight match to defeat Carla Suarez Navarro and advance to the third round of the WTA Rogers Cup in Toronto.

The Australian overcame a slow start to win 1-6 6-2 6-3, beating Suarez Navarro for the first time in three meetings and setting up a third round clash with sixth seed Petra Kvitova.

Yet it was a far greater struggle for Stosur, who, as in her first round match with Julia Glushko, was forced to rebound from a sluggish start.

After dropping the opening set in the blink of an eye, the 12th seed began drawing on the reserves on confidence built from her title run in Carlsbad last week, levelling the match and then going ahead a break in the third.

Although pushed in the eighth game, Stosur managed to hold for a 5-3 lead and then snared another break to seal victory in one hour and 40 minutes.

The Queenslander has now built a seven-match winning streak and goes into the match with Kvitova having won their previous meeting – her first ever victory over the Czech – in the third round at the Rome Masters.

That match is scheduled for Thursday evening in the final match of the day on Centre Court at Toronto’s Rexall Centre.