With nominations now open for the Australian Tennis Awards, we talk to Matt Bull about what his 2012 MLC Tennis Hot Shots award has meant for his career. 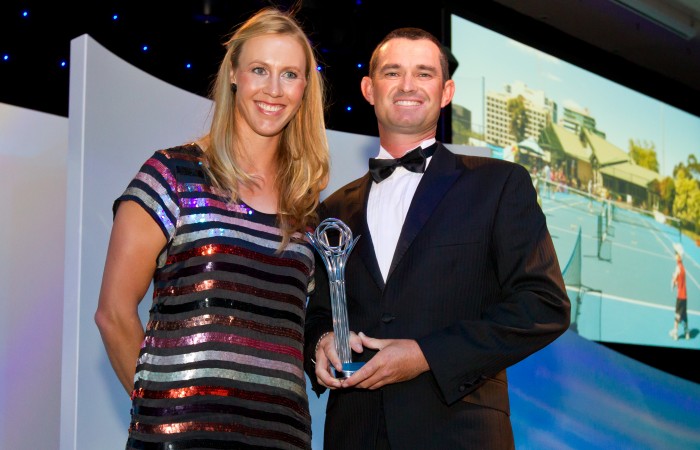 Nominations are now open for the 2013 Australian Tennis Awards.

The awards recognise outstanding contributions made by players, coaches, communities and individuals to tennis and are presented at a black-tie ball in Melbourne in December.

One of the most sought-after awards on the night is the MLC Tennis Hot Shots coaching excellence award.

The inaugural winner of the award, Western Australian Matt Bull, described winning the award in 2010 as a major personal and professional achievement.

“It was great to get the acknowledgement that what we are doing, we are doing it well,” said Bull, the head coach and director of Tennis Factory in Nedlands.

“I thought we did have a good program in place already, but for Tennis Australia to recognise that, it was really good.”

Not only did Bull receive personal recognition for his work, the award win also had a positive flow-on effect for his business, boosting its profile and leading to increased participant numbers.

“It definitely helped us enormously,” he said.

“We got a lot of local media coverage, first for being nominated then after winning, on top of the coverage and recognition from Tennis Australia.

“Getting our name in the media is important for us and what we are trying to do. It helped build our profile quite nicely.

“We always like to promote what we do and we didn’t want to miss out on an opportunity to promote ourselves either. A lot of coaches don’t do this, but I believe it is all part and parcel of running a good business.”

“Our program is going from strength to strength,” he said.

“Every single term our numbers are building.”

Nominations for the 2013 awards close on Monday 7 October.

“Sometimes as coaches, you don’t get this sort of recognition and it is important to get it,” he said.

> Who is eligible for the award and how do I make a nomination?