UPDATE: Sam Stosur outlasted second seed Agnieszka Radwanska on Friday at the WTA Southern California Open to progress to her first semifinal of 2013. 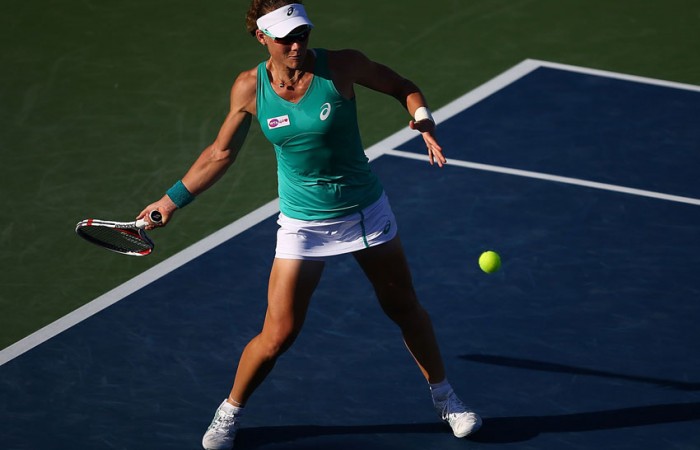 Sam Stosur has outlasted second seed Agnieszka Radwanska in three sets on Friday in the quarterfinals of the WTA Southern California Open.

Stosur, seeded fifth, progressed to her first semifinal of 2013 with a 7-5 2-6 6-3 win over the Pole, requiring more than two-and-a-half hours to seal victory.

“To come to a tournament where you weren’t expecting to play and decide at the last minute after being given a wildcard, it’s fantastic to have really made the most of that opportunity and now be in the semis.”

The win sets up a final four battle with wildcard Virginie Razzano, who upset No.3 seed Petra Kvitova in three sets earlier in the day in Carlsbad.

Stosur toughed out an tense opening set against the world No.4, pocketing it after one hour only for Radwanska to seize control of the match in the second set.

Stosur rallied from a break down in the third set before snaring a valuable break in the eighth game to move ahead 5-3.

Serving for the match, the game went to deuce, before the Queenslander wrapped up a satisfying win on her second match point.

The win was her third straight over Radwanska, and took the pair’s head-to-head to 3-1 in Stosur’s favour. She has won all five previous meetings with Razzano, the last coming in Osaka in 2012.