A cramping Marinko Matosevic has suffered a heartbreaking third-set loss to Russian Dmitry Tursunov on Friday in the quarterfinals of the Citi Open in Washington DC. 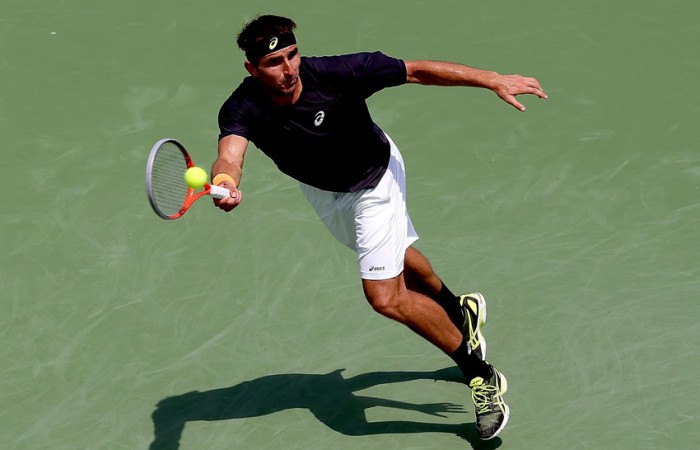 A cramping Marinko Matosevic has suffered a heartbreaking third-set tiebreak loss to Russian Dmitry Tursunov on Friday in the quarterfinals of the ATP/WTA Citi Open in Washington DC.

The 61st-ranked Tursunov made it to the semis at Washington’s hardcourt tournament for the first time since 2006. He will face eighth-seeded American John Isner who hit 18 aces and never faced a break point during a 6-7(5) 6-4 6-4 comeback victory over No.16 seed Marcos Baghdatis of Cyprus.

Andrea Petkovic of Germany reached the women’s semifinals with a 4-6 6-1 6-3 victory over Paula Ormaechea of Argentina.

Petkovic, a former top-10 player whose career was sidetracked by injuries, had lost three of her previous four matches before arriving in Washington.

The 64th-ranked Petkovic will play No.4 Alize Cornet for a berth in the final after the Frenchwoman defeated fifth-seeded Romanian Sorana Cirstea 7-6(5) 6-2.

Russian third seed Ekaterina Makarova is also through to the semifinals after another Romanian Monica Niculescu retired with a left wrist injury in the opening set.