UPDATE: Sam Stosur has enjoyed her first win of the US hardcourt season with a straight-set victory over American Varvara Lepchenko at the Southern California Open. 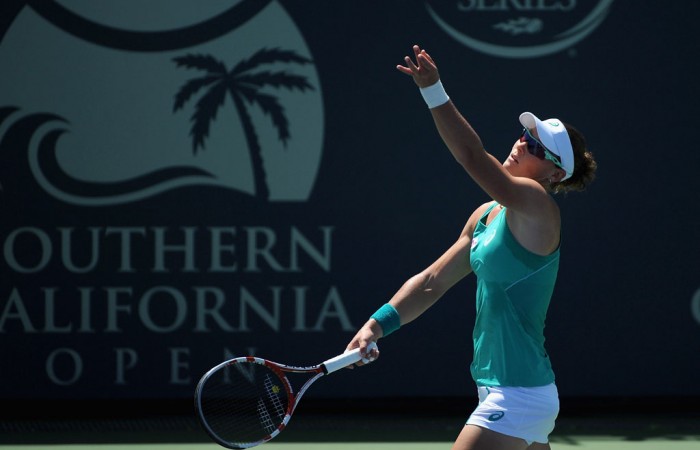 Stosur, the 2011 US Open champion, fell behind 3-1 in the opening set before rallying to capture it in 57 minutes and cruise from there to victory in her opener at the $795,000 hardcourt event.

“I got off to a little bit of a slow start, losing my first two service games. That isn’t how you want to start matches,” Stosur said.

“But if you start poorly then end well, that’s all that matters. I got through that little rough patch at the start and then found my groove a little bit more.”

Stosur had been planning to take this week off and return to her Florida training camp ahead of tournaments the next two weeks in Toronto and Cincinnati.

But her loss in Stanford last week forced a change in plan.

“After not doing as well as I wanted last week, I thought coming here would be a pretty good opportunity to play those matches and try and build on something a little bit,” she said.

“No matter how bad or good you play, if you win you always feel better. Last week was pretty disappointing. To come here and win today in a nicer feeling.”