Tennis legend Roger Federer, a 17-time major winner, has today confirmed that he will start his 2014 season at the Brisbane International presented by Suncorp. 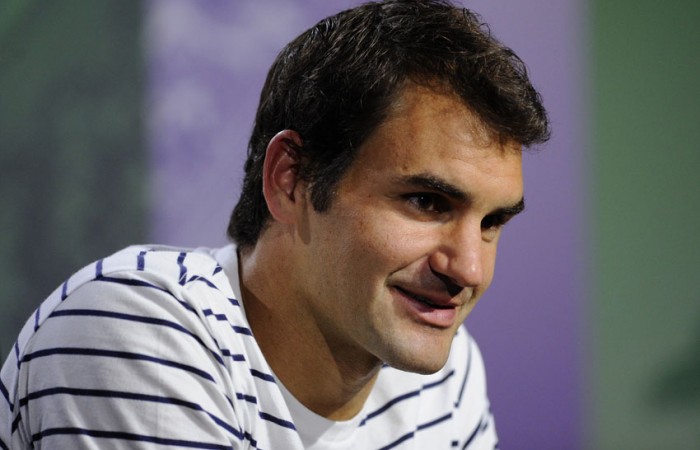 Seventeen-time Grand Slam champion Roger Federer, one of the greatest players of all time, has today confirmed that he will start his 2014 season at the Brisbane International presented by Suncorp.

This will be the Swiss master’s first ever appearance at the Brisbane tournament and he is looking forward to playing before his fans in the Sunshine State.

“I’ve heard many great things from the other players, they say it’s a very friendly tournament, fan friendly, player friendly,” Federer said. “What else do you expect to be quite honest, in Australia you guys do great work.

“For some time we’ve been in contact with Brisbane [International] and I saw how the tournament got stronger and stronger … and the connection with Pat Rafter, him having the arena named after him I think is great.

“I’ve always hoped that I could come there [to Brisbane] … so I am happy we are all able to make it work … I’m not just coming there [to Australia] for the Australian Open, especially when I commit so early in advance, it’s also to win in Brisbane.”

The 31-year-old currently holds the ATP World Tour record of 302 weeks for the most weeks at world No.1. The only current player close to this record is Spaniard Rafael Nadal, who has previously been ranked No.1 for 102 weeks. Federer first clinched the No.1 world ranking in February 2004.

This is not the first time Federer has visited Queensland.

“I have been to Queensland some time ago now … when I was 14 years old, and I travelled through Queensland with my family … it was our last vacation before I entered the National Tennis Centre when I came back to Switzerland,” he revealed.

“We visited Rainbow Beach; we spent a few nights in Brisbane, and then went up to Cairns. We also went to the Great Barrier Reef … we had a good time and ever since I’ve loved Australia. I’ve also had Australian coaches as many know, and always enjoyed coming back to Australia,” said Federer, who has been ranked inside the world top five since February 2003.

The Swiss native, who is currently coached by former ATP pro Paul Annacone, says he has only heard good things about Pat Rafter Arena and is interested to see how he will perform under the unique open air tensioned fabric roof.

Federer also revealed that in 2011 it was a “big shock” seeing images of Pat Rafter Arena and Queensland when engulfed by the devastating floods. He said that he and his fellow players were more than happy to help raise $1.79 million for the Queensland flood victims by playing in the Rally for Relief charity match on the eve of Australian Open 2011.

“I think we should try and get together more as a tennis family … there are always reasons to help others,” the right-hander said.

Federer is the first player to be announced for the 2014 tournament and Brisbane International Tournament Director, Cameron Pearson, is delighted he has chosen to begin his season in Brisbane.

“Roger Federer is a global superstar and arguably the most accomplished tennis player in history. His attendance at this event will be a legacy for future generations,” Pearson said.

“We have been in discussions with Roger for some time and he has seen this tournament develop into one of the premier events in Australia. His attendance solidifies the quality of the Brisbane International and the appeal the tournament has.

“When Roger steps onto Pat Rafter Arena for the first time, it is going to be something special.”

Minister for Tourism and Major Events Jann Stuckey said the tennis superstar’s signing was a huge tourism and events coup for Queensland that will be welcomed by tennis fans throughout the country.

“Federer is regarded as one of the greatest tennis players of all time and I have no doubt his participation will add to the excitement of the Brisbane International 2014,” Ms Stuckey said.

“With a worldwide following of loyal fans, Roger Federer will be a strong drawcard for the tournament, attracting visitors from across the country to Queensland’s capital.

“This is a great start to what is sure to be a fantastic field for the Brisbane International 2014, as Queensland continues to serve up high-calibre sporting events, boosting visitation to the state.”

Brisbane International 2014, presented by Suncorp and supported by Tourism and Events Queensland, will take place at the Queensland Tennis Centre, Brisbane from 29 December 2013 to 5 January 2014.

Premium tickets are on sale. Details on these tickets and licensed tour operators are available at www.brisbaneinternational.com.au/tickets.

To access other exclusive pre-sales, you can also become an Australian Open member or a Tennis Queensland registered player.

Premium tickets can be purchased online at www.ticketek.com.au/brisbaneinternational.

All other Brisbane International tickets and packages will be on sale from early October 2013.