After a "frustrating" first half of the season, Sam Stosur is pleased to be heading to the United States for the hard courts that have brought plenty of career success. 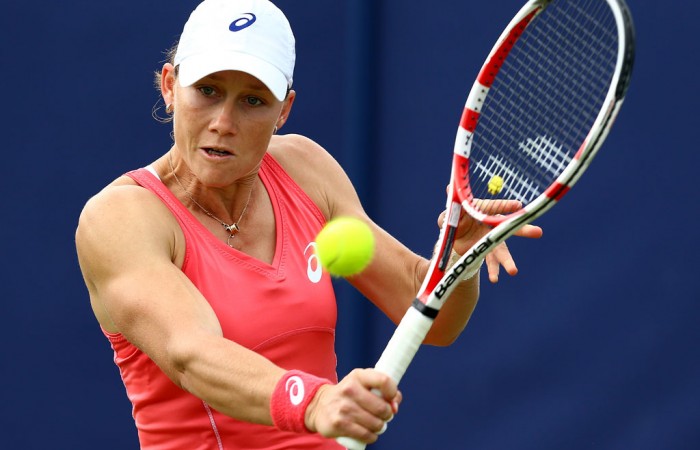 After a first half of the season that she summarised as “frustrating”, Sam Stosur is pleased to be heading to the United States for the hard courts that have brought her plenty of career success.

The US Open champion in 2011, Stosur also has a history of performing well in Stanford and Canada, and both these events form part of her build-up to the year’s final Grand Slam event in New York.

This week, Stosur is in California for the WTA Bank of the West Classic in Stanford, seeded second at the event where she beat Serena Williams on the way to the semifinals in 2009, and also reached the semis in 2010.

The world No.13 said it was exciting to be back on a surface that she felt extremely comfortable on. “I really like the balls that they use as they jump around a lot which helps my kick serve and spin,” she explained.

“Stanford is a really nice tournament; it would be great to find some form in the next few weeks as I feel it is a surface that really suits my game.”