Top seed Nick Kyrgios and Australian compatriot Thanasi Kokkinakis have fallen in the third round of the boys' singles at Wimbledon on Wednesday. 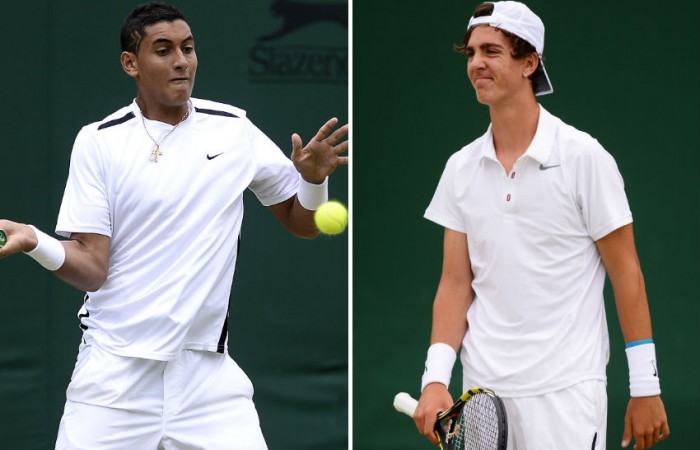 Australian world No.1 junior Nick Kyrgios has suffered a heavy defeat in the third round of the boys singles at Wimbledon.

Top seed Kyrgios was thumped 6-2 6-2 by Korean Hyeon Chung in a surprise result on Wednesday.

Australia’s involvement in the juniors ended with Thanasi Kokkinakis, who lost to Kyrgios in the junior Australian Open final, also defeated on Wednesday.