Bernard Tomic believes his run at Wimbledon shows he should be a top 10 player. 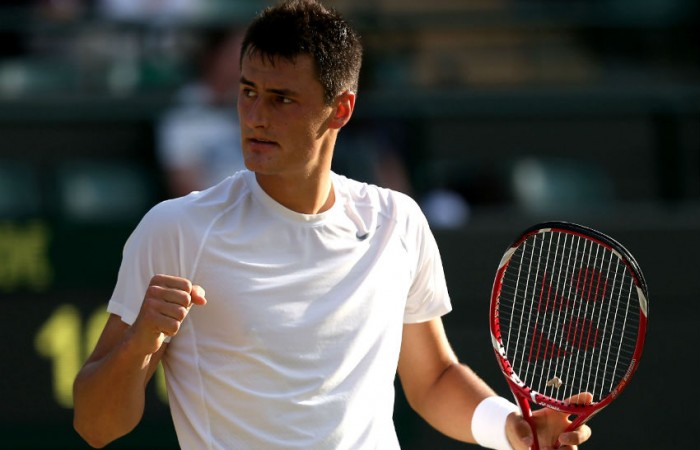 Bernard Tomic believes his run at Wimbledon shows he should be a top 10 player.

And, having rediscovered his confidence, the 20-year-old plans to spend the coming months working hard to improve his ranking.

World No.59 Tomic pushed seventh-seeded Czech Tomas Berdych to the limit before bowing out of the grass-court Grand Slam with a gruelling four-set loss in the fourth round on Monday.

Tomic’s run to the last 16 also featured wins over seeded players Richard Gasquet (ninth) and Sam Querrey (21st), reinforcing his status as one of the world’s most promising youngsters.

It reaffirmed to Tomic he’s good enough to mix it with the best as he turns towards the US hardcourt season.

“I can beat anyone when I’m playing well, that’s for sure. I’ve got to stay consistent and work hard. I have had my ups and downs the past few months and now I have the next six months where I can really improve.”

Tomic boldly declared at the start of the year his aim was to crack the top 10 by season’s end.

While a run of injuries, form lapses and off-court issues may have made that goal harder to achieve, he’s at least moving back in the right direction after reaching the second week at the All England Club.

Tomic will likely move back into the low 40s, around the rankings mark he held after winning his maiden ATP title in Sydney in January.

He plans to take a short break before taking to the American hard-courts and believes he can get inside the top 32 to secure a seeding at the US Open in August.

Tomic’s defeat ended Australian involvement in the singles at Wimbledon.