Tomic’s ranking on the rise

After watching his world ranking slide since the Australian summer, Bernard Tomic is moving back in the right direction with his return to form at Wimbledon. 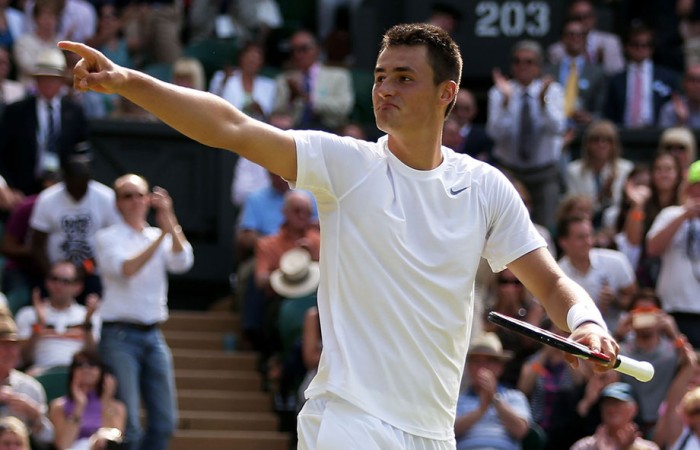 After watching his world ranking slide since the Australian summer, Bernard Tomic is moving back in the right direction with his return to form at Wimbledon.

Tomic stands to make serious inroads in the ATP standings after reaching the last 16 at the All England Club, where he will face seventh-seeded Czech Tomas Berdych on Monday (Tuesday morning AM AEST).

After a disappointing end to 2012, Tomic improved his ranking to No.43 by winning his maiden title at the Sydney International in January.

But since then his ranking has dropped to No.64 earlier this month, his equal lowest mark since August, 2011.

With a campaign so far featuring impressive wins over seeded players Sam Querrey and Richard Gasquet, Tomic is certain to break back into the top 50 and will likely move close to his season-high ranking.

And with significant rankings points on offer at Grand Slams, another win against world No.6 Berdych could see him crack into the top 40 and move closer towards a valuable seeding position inside the top 32.

Tomic’s form means he’s also clearly established himself as Australia’s top-ranked player, after Lleyton Hewitt threatened to over take both he and Marinko Matosevic.

Veteran Hewitt moves into the top 70 for the first time in more than two years after his run to the Queen’s Club semifinals and second round at Wimbledon.

Tomic is the last man standing of a seven-strong Australian singles contingent at the grasscourt Grand Slam.

He believes his unpredictable and unorthodox playing style will trouble Berdych, with the winner possibly facing world No.1 Novak Djokovic in the quarterfinals.

Tomic and Berdych have never met at ATP level, with the Australian winning their only previous meeting at the Kooyong Classic last year and the Czech is on high alert.

“This is a very tough and tricky opponent,” Berdych said of Tomic.

“His best results are on grass and he can really be a danger.

“His game is very different to the other guys.

“I think the patience is definitely going to be the word to stick on.”

Djokovic faces German veteran Tommy Haas, with both the men’s and women’s fourth round matches all scheduled for Monday.