Australia has five juniors contesting the Wimbledon junior championships, which get underway on Saturday. 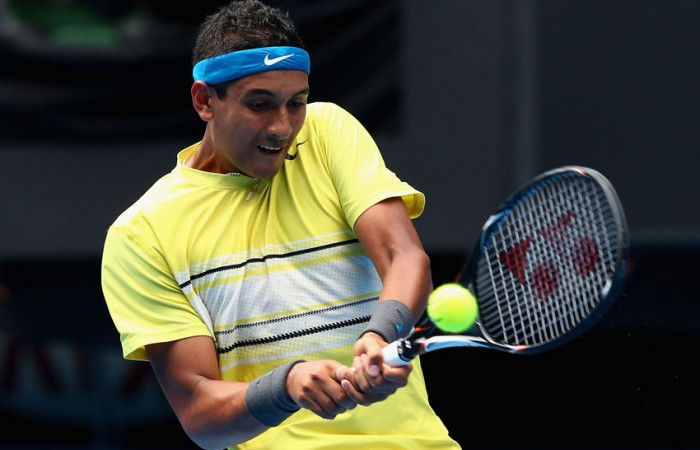 Australia has five juniors contesting the Wimbledon junior championships, which get underway on Saturday.

Reigning Australian Open boys’ champion Nick Kyrgios is the top seed and will face local hope Evan Hoyt in the opening round. Kyrgios has racked up a 13-1 record on the junior tour in 2013 and has slashed his ATP ranking from 838 at the end of 2012 to its current 218. Last week Kyrigos showed excellent form on the grass at a Grade 1 event at Roehampton where he won the title without the loss of a set.

Hoyt, who was awarded a wildcard into the event, made it to the second round of Roehampton last week.

Kokkinakis, who lost to Hoyt in the first round at Roehampton last week, will be playing just his second competitive match since making it to the Australian Open boys’ singles final, which he lost to Kyrgios. Kokkinakis has been sidelined with stress fractures that were diagnosed before he played the boys’ final in Melbourne.

The 17-year-old, who was awarded a wildcard, will take on 16th seed Wayne Montgomery of South Africa. Montgomery was a finalist at this year’s Gerry Weber Junior Open and made it to the third round of Roehampton.

Brad Mousley, who lost in the second round of Roehampton to Montgomery, will meet Great Britain’s Alexander Sendegeya. Sendegeya has performed well in doubles this year and made it to the third round at Roehampton.