Bernard Tomic reached the third round at Wimbledon with a classy, straight-sets win over American veteran James Blake on Thursday. 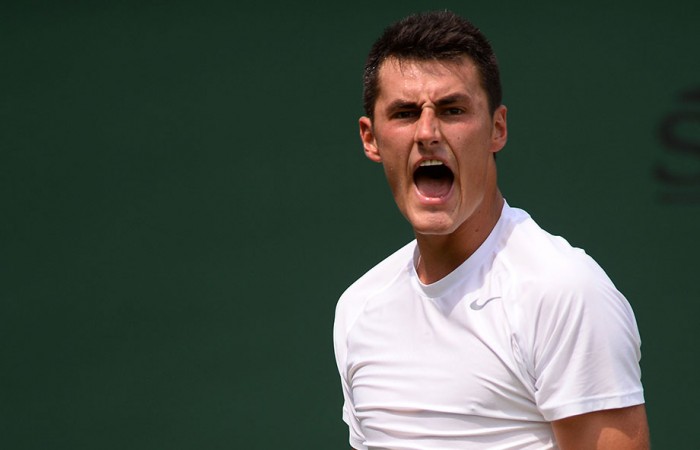 Bernard Tomic reached the third round at Wimbledon with a classy, straight-sets win over American veteran James Blake on Thursday.

After a gruelling opening win over 21st seed Sam Querrey, Tomic enjoyed a more comfortable time in beating the 33-year-old 6-3 6-4 7-5.

Tomic, at 20 the youngest man left in the men’s draw, will next face either ninth seed Richard Gasquet or Japan’s Go Soeda on Saturday.

He joins fellow Australian Samantha Stosur in reaching the third round.

Tomic is building early momentum as he looks to reclaim the form that helped him reach the quarterfinals at the All England Club in 2011. And there was no sign of the troublesome hamstring injury that has plagued Tomic in recent weeks.

The world No.59 retired during a doubles match on Wednesday citing hamstring soreness in a precautionary move with his singles campaign in mind.

Tomic made a bright start against 87th-ranked Blake, breaking serve in the fourth game of the opening set.

He converted his third set point with an ace and carried the momentum into the second set, breaking to love in the opening game.

Blake pulled back level but a fired-up Tomic seized the advantage again to go 5-4 up and he took the second set with another strong service game.

Tomic served for the match in the third set but Blake broke back to square the match at 5-5.

However, he hit straight back, setting up another break of serve with a superb diving volley and sealing the win in the next game before celebrating with a small but vocal contingent of Australian supporters.