Sam Stosur is discovering Wimbledon life is much simpler when you leave your French Open baggage in Paris. 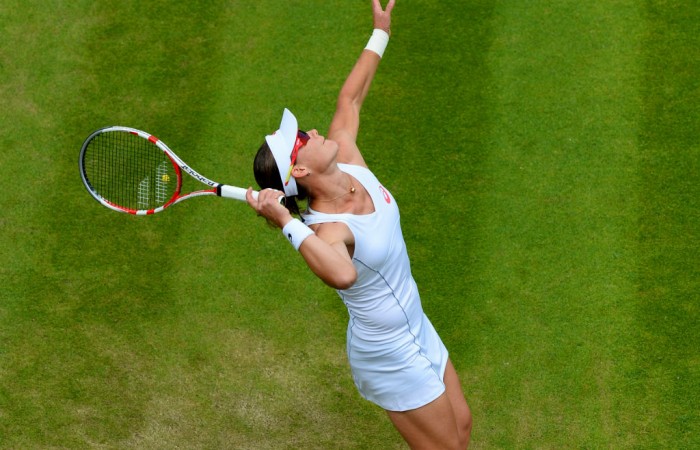 Sam Stosur is discovering Wimbledon life is much simpler when you leave your French Open baggage in Paris.

The Australian feels carrying disappointment from some heart-breaking Roland Garros defeats into Wimbledon has hindered her progress at the grasscourt Grand Slam over the past decade.

But the 29-year-old says things are different as she heads into Saturday’s third-round clash with 23rd-seeded German Sabine Lisicki.

As she bids to reach the fourth round at the All England Club for the first time, 14th seed Stosur says putting a third-round loss to Jelena Jankovic at Roland Garros behind her has been critical.

“I kind of really started fresh this time and that’s probably been one of the biggest differences,” said Stosur, who has suffered a French Open final defeat and two semifinal losses in the past five years.

“I think in previous years especially, a couple of my losses there were really hard for me to take. I probably didn’t quite maybe get over those as quickly as I needed to.

“Then I came here on the grass and found it more difficult and then everything just kind of snowballed.

“I don’t feel like I’ve allowed that to happen this time.”

Playing with a new “clarity” on traditionally her least-favoured surface, Stosur has been ultra-impressive in defeats of Slovakian Anna Schmiedlova and Russian Olga Puchkova.

However she faces a steep rise in class against 23-year-old Lisicki, a semifinalist at Wimbledon in 2011 and at least a quarterfinalist in her past three visits to the All England Club.

The clash promises fireworks with Lisicki, one of the few women on the tour who can claim to match Stosur’s power.

“I think a big part of match is going to be serving,” Stosur said.

“We both have got a big serve and are both going to be going for it.”

Stosur is competing in the third round for only the second time in 11 Wimbledon campaigns.

Her reward for reaching with last 16 for the first time would likely be a showdown with top seed Serena Williams early next week.