Stosur relaxed ahead of Wimbledon campaign

Despite not owning the best record at Wimbledon, Sam Stosur arrives in London happy with her grasscourt lead-up and looking forward to kicking off her campaign. 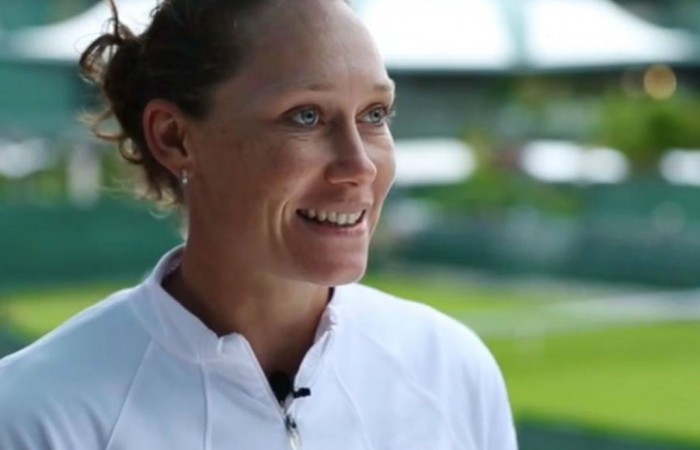 Sam Stosur and grass have never shared the happiest of marriages.

In fact, as one of her rivals, Victoria Azarenka, discussed at the French Open her tenuous relationship with clay – saying she’d “moved in” with the clay as opposed to being married to it – a similar analogy could apply to Stosur and her relationship with the lawns.

The Aussie has long been regarded as one of the world’s best on clay, with a Roland Garros runner-up finish and two semifinals already on her CV.

Yet the quick transition to grass has historically never suited her – in 10 trips to the All England Club, she’s progressed beyond the second round just once (recording a third round finish in 2009).

The popular school of thought is that grass doesn’t afford the world No.13 adequate time to prepare for her heavy, looping, top-spin groundstrokes, nor reward her damaging kick serve.

But Stosur isn’t buying it.

“I don’t see any reason why I can’t (be successful on grass) but for whatever reason, it hasn’t happened yet,” she told AAP prior to contesting last week’s WTA event in Eastbourne.

Her rationale was supported when she thoroughly dismantled No.8 seed Nadia Petrova in the opening round at Devonshire Park, and pushed the more natural grass-courter Lucie Safarova to two tight sets – having held a set point in the opening stanza – before falling in the second round.

The hit-out has left her feeling confident in her game as she has arrived at the All England Club to prepare for her first round match against Anna Schmiedlova.

“I’m feeling really good actually. It’s been a good couple of weeks on the grass courts. Played some decent matches in Eastbourne which was good, and then coming here (to Wimbledon) it’s nice to get on the real match courts and practice a little bit and get as much done as you can while the weather’s OK,” she said.

The weather has indeed been rather wintry here in London, but Stosur’s focus has been less on the overcast conditions, sporadic showers and bitter winds than on her opponent, an 18-year-old Slovakian lucky loser ranked 119th.

Stosur admitted that she knew little of her first round foe, but nontheless had a weapon up her sleeve.

“We were lucky to have Tennis Australia’s performance analysis manager Darren McMurtrie here videoing lots of matches during qualifying, and he happened to get one of hers,” she said.

“We can look through that and hopefully get some information and make a bit of a plan.”

Stosur takes on Schmiedlova in the opening match of the day on Tuesday on Court No.3, one of several Aussies in action on Day 2 at Wimbledon.