Matosevic focused ahead of first round

One of six Australian men in the Wimbledon 2013 singles draw, world No.66 Marinko Matosevic believes he is on track to progress to the second round. 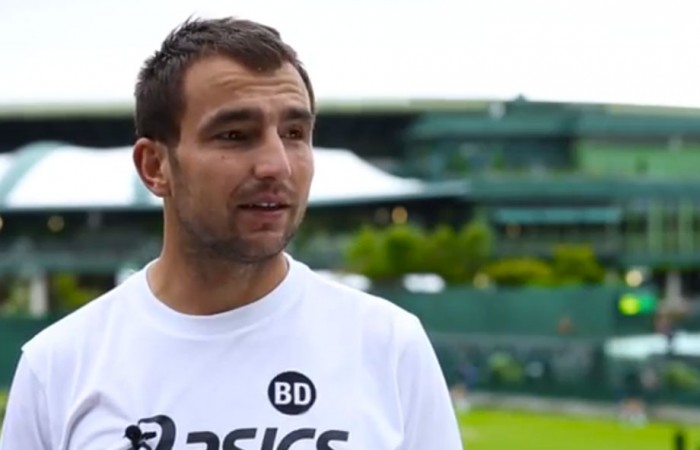 One of six Australian men in the Wimbledon 2013 singles draw, world No.66 Marinko Matosevic believes he is on track to progress to the second round.

The 27-year-old Australian is set to play 89th-ranked Frenchman Guillaume Rufin on day one of The Championships.

“I actually beat him two years ago in Wimbledon qualifying [he’s a] typical French player – a lot of flair, he goes for his shots, so if I play well and solid I should get the ‘W’,” Matosevic told tennis.com.au.

That straight sets 6-4 6-4 victory will gave the Australian some confidence as he prepares to face Rufin in the second match of the day on Court 17. For Matosevic it’s a good draw, something he hasn’t always had.

Last year he drew Xavier Malisse in the first round, the year before that it was 20th seed Juan Ignacio Chela. And it’s not just at Wimbledon – he’s also had some tough opening matches at the other majors, which goes part of the way to explain why he’s 0-9 at Grand Slam tournaments.

But he’s optimistic that his run of losses at this level is about to end.

“I’ve had tough draws [but I’m] happy to get a easier draw … I won’t be on a big court for sure, playing Rufin, and I’m sure there’ll be a few Aussies supporting me and less spotlight, which is sometimes good.”

And with a large contingent of Australian men featuring in the singles and doubles draws – 12 to be exact – there’s a good chance that some of the players may be in the crowd cheering on Matosevic.

Off the court the players have been spending some time together following some tough practice sessions during the day. Matosevic had a searching workout with Lleyton Hewitt on Saturday, and the former No.1 believes that Matosevic can chalk up his first win in a major main draw on Monday.

“He’s hitting the ball well at the moment,” Hewitt told tennis.com.au. “It’s probably one of the first times in Grand Slam matches for him that he’s actually going in as a favourite, which in some ways it’s good but obviously it’s tougher mentally for him.