Sam Stosur has made an ideal start to her grasscourt season but she admits keeping it going on her least-favoured surface is the real challenge. 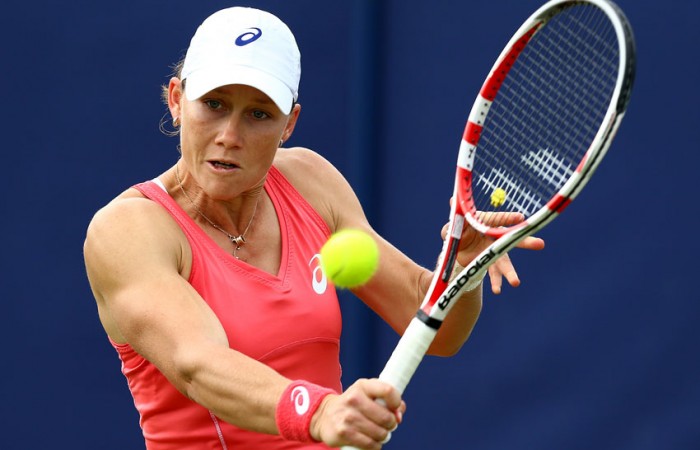 Sam Stosur has made an ideal start to her grasscourt season but she admits keeping it going on her least-favoured surface is the real challenge.

Stosur began her Wimbledon tune-up with an impressive 6-2 6-3 win over Russian eighth seed Nadia Petrova in Eastbourne on Tuesday.

The Aussie world No.14 was delighted with her performance as she targets a rare run of success on grass and a return to the world’s top 10.

Having never been past the third round at Wimbledon, Stosur says this time of year can make her “uptight” but she believes keeping her cool is the key to building on Tuesday’s performance.

“You look at today and it’s ‘why on earth would I never like playing on grass?’ Today was great,” Stosur said.

“But it’s hard to replicate that sometimes. I think the biggest thing is not putting too much pressure on yourself to make sure everything’s as perfect as what it might be on another surface.

“Sometimes you’ve got to let go from that and understand there’s going to be some rough points in a match and some great ones.”

Stosur will face Czech Lucie Safarova in the second round on Wednesday.