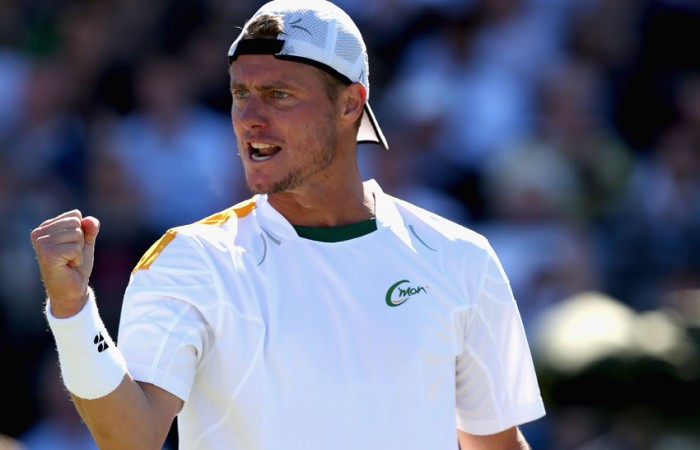 World No.82 Hewitt, a four-time champion at the grasscourt event, had come to London simply looking to gain much-needed match practice ahead of Wimbledon.

But he’s now within two wins of becoming the oldest winner of the Queen’s title and eclipsing Jimmy Connors who won it aged 30 in 1983.

Not that Hewitt considers himself an old-timer by any means.

“With the amount of tennis I have missed in the last four or five years, I probably don’t put those years on to my age anyway,” Hewitt said after the win.

A stop-start year and a 7-9 season win-loss record had few predicting Hewitt would go deep into the draw this week.

But the grass, and the iconic London venue, often bring out his best and he’s reached the final four for the first time since he last won the title in 2006.

Del Potro is the highest-ranked player, and the first Grand Slam winner, Hewitt has defeated since beating then-world No.2 Roger Federer to win his last ATP title on grass at Halle in 2010.

Top seed Andy Murray will meet Jo Wilfried Tsonga in the other semi.

Having impressed in victories over seeded players Grigor Dimitrov and Sam Querrey, Hewitt carried over his form into a superb first-set performance on Friday.

Both players served well early, but two double faults from Del Potro allowed Hewitt to break to go 4-2 up and he raced away with the first set.

Del Potro hit straight back early in the second set, breaking twice to go 4-0 up and the match was quickly back on level terms.

But Hewitt rediscovered his serving rhythm early in the deciding set before breaking Del Petro to love to go 3-1 up.

From there he was in total control, converting his first match point with a pin-point forehand volley before celebrating with his son Cruz on court.

“Throughout today I played great,” Hewitt, the 2002 Wimbledon champion, said.

“My ball striking was fantastic. Even though I was 4-love down in the second set, I didn’t really do too much wrong. He played incredible tennis.

“I’ve been practicing great … In the back of my mind I knew I could do it (this week).

“These are the times that I want to be playing my best tennis, obviously going into a slam in a week or so’s time.”