Lleyton Hewitt has upset Grigor Dimitrov in an impressive display at the Queen's Club, while Marinko Matosevic received a walkover into the third round. 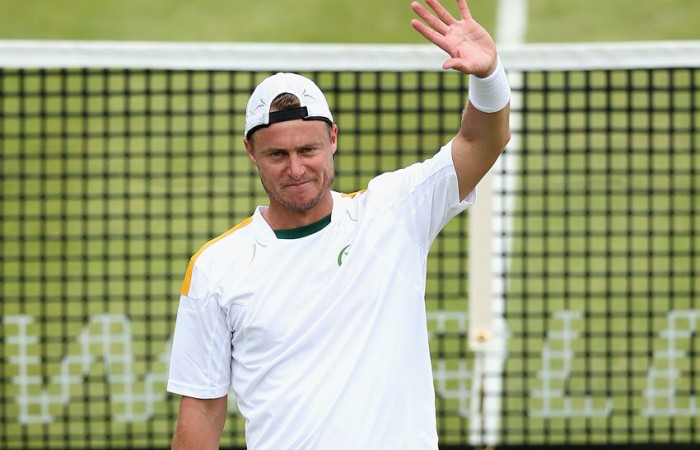 Lleyton Hewitt wound back the clock to show rising star Grigor Dimitrov a thing or two about grasscourt tennis in an impressive second-round win at Queen’s Club on Wednesday.

Hewitt, a four-time champion at the London event, scored an upset 6-4 6-3 victory over the Bulgarian 10th seed to reach the tournament’s last 16 for 11th time in his career.

World No.28 Dimitrov, 10 years Hewitt’s junior at 22, is considered among the most exciting young players in world tennis, with French daily newspaper L’Equipe predicting he will be world No.1 in five years.

But Hewitt showed him he still has a long way to go in a clinical display that provided another step in the right direction for the Australian veteran ahead of Wimbledon, starting later this month.

Hewitt found the conditions much more to his liking than during his first round win.

“All the years I have been coming here, a lot of the times the first match is always tough,” Hewitt said.

“The courts are a little bit more worn in now, which is nice.

“I just found my moving was so much better today. I felt a lot sharper. Return of serves, just about everything I did better today. I feel like in practice I have been hitting the ball great. It was just a matter of doing it on the match court.”

Hewitt, the 2002 Wimbledon champion, will face American sixth seed Sam Querrey in the third round, while fellow Australian Marinko Matosevic has also reached the last 16 thanks to a slice of fortune.

Matosevic received a free passage to a likely showdown with British top seed Andy Murray after Frenchman Michael Llodra withdrew from their second round clash with a hamstring injury.

Murray was due to face Nicolas Mahut later on Wednesday, and led 6-3 2-2 before rain postponed the match.

While Hewitt had fought hard to beat American veteran Michael Russell in three sets on Monday, he looked much sharper as he faced Dimitrov for the first time.

The world No.82, who has the second most career wins on grass behind Roger Federer, moved around the court impressively and was largely untroubled throughout the match on the back of an excellent serving display.

“My first match here wasn’t pretty, but I fought hard and got through it. That’s what I needed to do,” Hewitt said.

“Then today it was a classy performance.”

Hewitt has a 2-1 head-to-head record against Querrey ahead of their meeting on Thursday, but the pair have never met on grass.

“I’m going to have to play well to win.”