Lleyton Hewitt and Marinko Matosevic have kicked off their grasscourt seasons in style with first round wins at the ATP Queen's Club event on Monday. 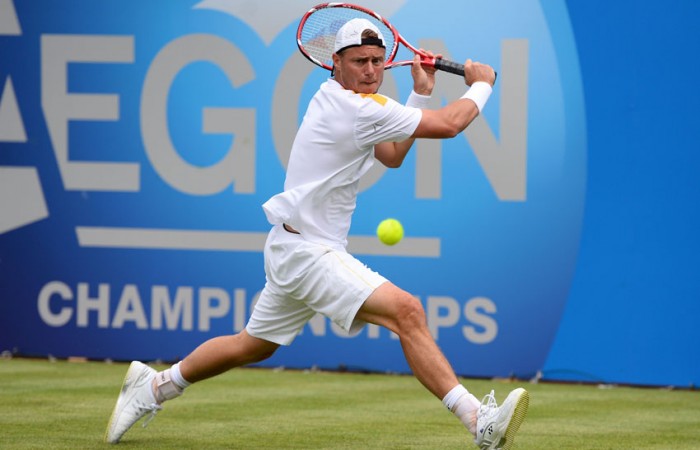 Lleyton Hewitt has taken a positive step towards his 15th Wimbledon campaign but he’s growing tired of questions over whether this season will be his last.

Hewitt fought back from a set down to get his 2013 grasscourt campaign off to a winning start at the Queen’s Club tournament in London, beating American veteran Michael Russell 4-6 6-1 6-3 on Monday.

It was Hewitt’s first win in more than two months and he was pleased at being able to secure more valuable match practice a fortnight out from the grasscourt Grand Slam, where he lifted the trophy in 2002.

But the Australian world No.82 is less impressed by ongoing questions concerning his future.

After admitting at Roland Garros last week he had no idea if he would return to the French Open next year, the 32-year-old was again quizzed about how long he planned to continue playing after reaching the second round at Queen’s.

“I don’t know and I’m not going to keep answering that every day,” he said.

Asked why he kept playing with more than $A20 million in career prizemoney banked and a young family, Hewitt said the lure of the big events was still strong.

“The Grand Slams and Davis Cup are still what I play for,” he said.

Hewitt’s wife Bec and son Cruz were among those in the support box as he began his 13th campaign at Queen’s, where he is a four-time champion.

Facing an opponent more than three years his senior, Hewitt started slowly and Russell deservedly took out the opening set.

However the Australian broke back immediately in the second set, survived a titanic struggle to hold serve in the next game and, from there, assumed control.

“I didn’t have too much rhythm at the start,” Hewitt said.

“(The conditions) suited his style of play and he’s the kind of guy you’ve got to go out there and beat him. He’s not going to give you too much.

“In the end I found my rhythm a little bit better.”

The Australian world No.65 will next face either Spanish 15th seed Pablo Andujar or Frenchman Michael Llodra on Wednesday and a win there would likely set up a showdown against top seed Andy Murray.

“I have to win my second round and then he’s got to win his second round but that would be pretty cool,” Matosevic said of the prospect of meeting Murray on home soil.

Bernard Tomic opens his campaign against German Benjamin Becker on Tuesday along with Australian qualifier Sam Groth and the bulk of the men’s seeds.

Hewitt and Tomic will also team up for doubles on Tuesday.