Maria Sharapova and Victoria Azarenka will battle in the French Open semis just as they did in the Australian Open 2012 final, a match you can re-live in the AOTV Vault. 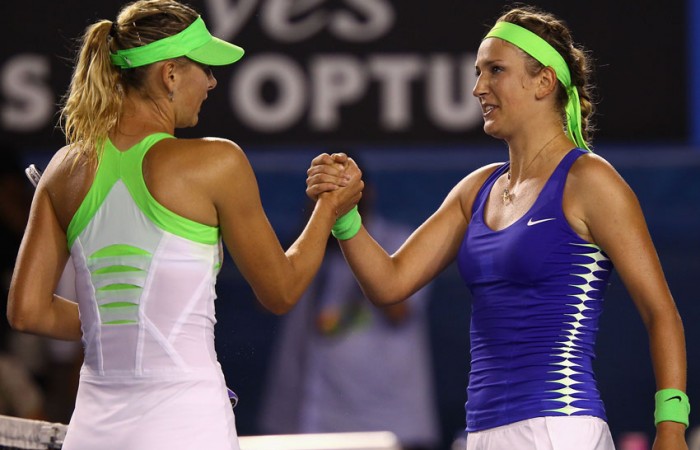 Maria Sharapova and Victoria Azarenka will do battle in the French Open semifinals (tonight AEST), just as they did in the final at Australian Open 2012.

You can re-live that Grand Slam decider in the AOTV Vault, a match that saw Azarenka crowned as a major champion for the first time in her career.

> watch the full match in the AOTV Vault

Both Sharapova and Azarenka has arrived in the final following thrilling wins in a pair of terrific women’s semifinals – Azarenka had ousted sentimental favourite Kim Clijsters in three sets before Sharapova pipped the big-hitting Petra Kvitova, 6-4 in the third.

When they arrived for the Saturday night final, Sharapova looked sharp in the early stages of the match while Azarenka struggled, the nerves of the big occasion – her first ever Grand Slam final – clearly a factor.

But as the Belarussian settled, her game flowed.

And as the match unfolds in the AOTV Vault, you can see how the soon-to-be-anointed world No.1 stormed to an impressive straight-set victory.