How to hit a fierce kick serve

Learning a good kick serve - where the ball bounces typically around shoulder or head height - makes it difficult for your opponent to return the ball well. 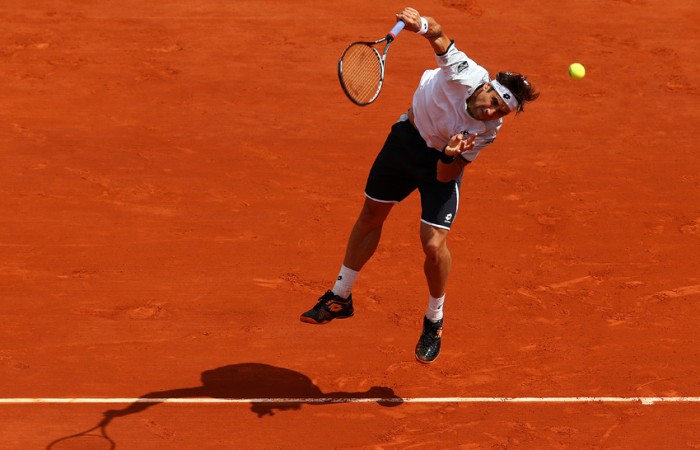 A kick serve is one where the ball bounces higher than usual, typically around shoulder or head height, making it difficult for the receiver to return the ball well.

In order for the ball to cross the baseline at shoulder height, three conditions must be met. The ball must bounce:

How to hit a kick serve well

The secret of a good kick serve is to hit the ball down from a large height so that it just clears the net and lands steeply and at high speed in the opponent’s service box.

It helps if the ball is struck with topspin, since that causes the ball dive down onto the court at higher speed and at a steeper angle. It’s difficult to do that since the racquet head must be rising as it strikes the ball in order to generate topspin.

A good technique is to strike the ball just before the racquet reaches its maximum height. The server then gets the impression that he is hitting the ball upwards – creating end-over-end topspin – at an angle above the horizontal, but in fact the ball must come off the strings about five or six degrees below the horizontal in order to land steeply on the court.

Rod Croft, a physicist and academic of Sydney University, is the co-author of Technical Tennis (with Crawford Lindsay).

For more tips from the experts on how to improve your game, check out the latest edition of Australian Tennis Magazine.