Blog: Rinky takes to the court in Paris

Rinky Hijikata details his match at the Longines Future Tennis Aces event as well as a day of sightseeing in Paris in his latest blog entry from the French Open. 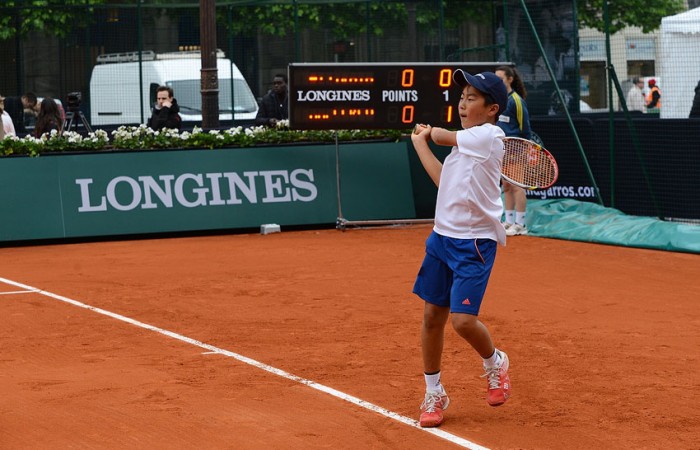 I woke up today really excited as we finally got to hit on the Longines centre court at Hotel de Ville in the centre of Paris. The weather was cold and windy but as least it wasn’t raining.

When we arrived at the courts I warmed up with my coach Ben then Fabrice Santoro had a chat to us. He said we had the opportunity to play on the court which made me even more excited.

The first match of the day was between two boys from the United Kingdom and Italy. It was a tough battle but the Italian boy won in a tie breaker in the third set.

I was on next. I was very excited and even more nervous because it was the biggest crowd I had ever played in front of.

I started slow getting broken in the first game and I never really got into the match going down 1/4 – 0/4. I was really disappointed as I knew I could play better but Rudolf was just too good for me today. After the match I had a good talk with my coach and we discussed areas I need to improve on when I go to Hungary next week.

The rest of the day I had off so my coach and I visited the Louvre and a bunch of other places in Paris, it was amazing and a good way to finish off an average day.

Tomorrow we go to the French Open. I can’t wait!!!