Rinky Hijikata has advanced to the quarterfinals of the Longines Future Tennis Aces tournament in Paris overnight, you can follow his progress via his blog. 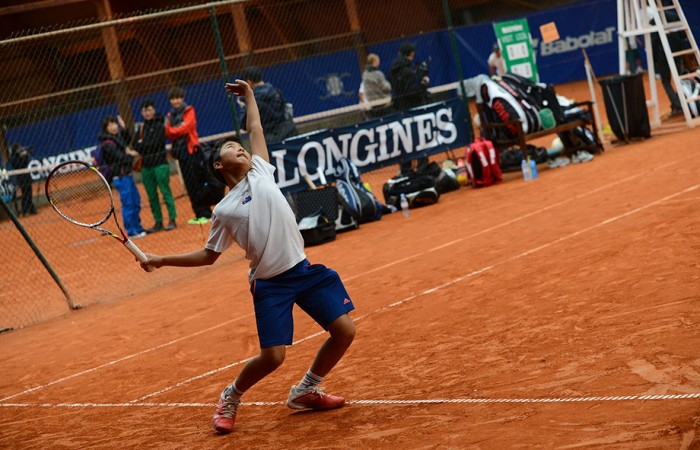 Rinky Hijikata has advanced to the quarterfinals of the Longines Future Tennis Aces tournament in Paris overnight after defeating China’s Bu Yunchaokete 4-5 4-0 (7-5). He will now play Rudolf Molleker of Germany this evening.

Today was the first day of the Longines Future Tennis Aces tournament. I woke up early and met my coach for breakfast. It had been raining all night which meant play had been delayed until after lunch. We took a bus tour around Paris and after seeing all the sites we were dropped off at the special court in the middle of Paris, it was covered because of the weather but it looked amazing.

After lunch it was still raining so it was decided we would play the first round back at the Longines Academy. This meant that if I lost my match today I wouldn’t be able to play on the court at Hotel de Ville, in the centre of Paris.

After warming up with my coach I was ready to play. I was a little nervous but I knew I had prepared well.

I lost the first set 4 games to 5, it was a little difficult as we played a short format but in the second set I settled in and won it easily 4 games to 0.

The final set was a tiebreak. I started a little slow going down  2 points to 5 before stepping it up to win the match 7 points to 5. Tomorrow I have a really tough match against Rudolf Molleker from Germany. He had an easy win against the boy from America so it won’t be easy.