In his latest blog post, Rinky Hijikata discusses his training experiences with his Longines Future Tennis Aces rivals, and his first round opponent at the event. 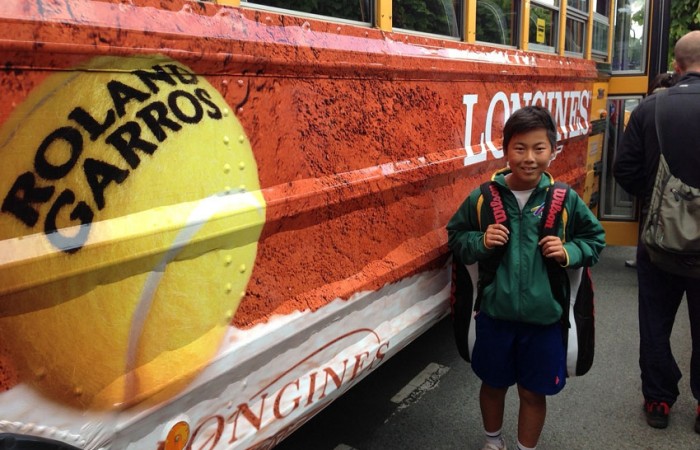 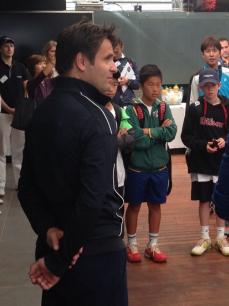 Today was our last day of training before the tournament begins; it was great to have former top 20 French player Fabrice Santoro on court with us. In the first session we mainly played singles points and concentrated on fitness. I was happy with the way I played and feel like I’m hitting the ball well. The second session consisted of doubles points. It was great fun playing with all the other boys from around the world, although sometimes communication was a problem.

We also had a Channel 7 News crew here today, who interviewed my coach and also the French coaches as well as me. I think its going to be on Seven Weekend Sunrise this weekend so make sure you look out for me.

The draw took place at the Hotel Shangri-La in Paris, which was pretty cool. We had lots of press there from all around the world. I have been drawn to play Bu Yunchaokete from China. He’s the only boy that I haven’t really hit with this week so it should be interesting.

I’m really looking forward to tomorrow as the court is in the middle of Paris and has been especially made for the tournament. It’s going to be interesting because we play a shorter format so I’ll have to come out firing if I want to stay in the tournament.