Longer rallies and point construction are non-negotiables on clay, which is why playing percentage tennis is a must. Here's how you can get better at it. 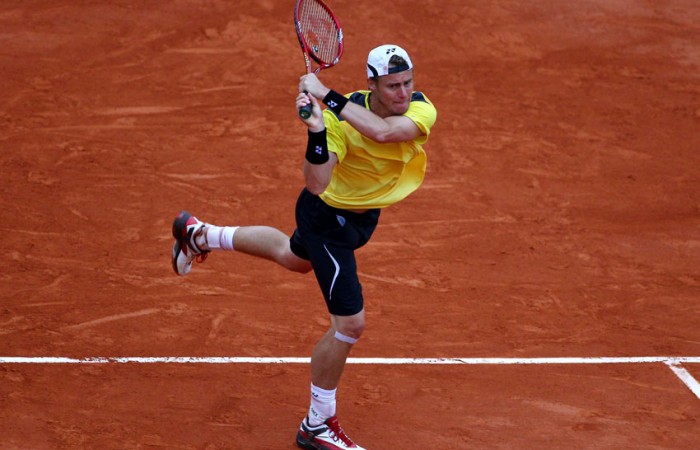 Percentage tennis. It’s a term you’ll often hear from tennis commentators, but for many social players it’s a concept that’s difficult to define. It basically means playing in a way that puts the odds most in your favour – playing the right shot to the right spot on the court at the right time.

Claycourt king Bjorn Borg believed it was about patience, and Andre Agassi and Michael Chang were also experts at employing percentage tennis. Notably, all were champions at Roland Garros.

Here’s how you can get better at percentage tennis, and improve your chances of scoring more wins than losses.

The first step in keeping the ball in play is clearing the net. Percentage tennis is all about reducing the margin for error so always aim to hit high above the net, preferably at its lowest point, which is in the middle. More often than not, this means hitting cross court.

This reduces the likelihood of an error as you’re hitting to the longest distance in the court (from one corner to the opposite side corner). It also reduces your opponent’s ability to angle their own ground strokes. Remember, cross court play keeps you in the point while down-the-line generally finishes the point – so be confident of success before you go for this strategy.

It’s not the prettiest stroke in tennis, but the lob can get you out of many tricky situations. It can give you time to get back into position, and sometimes puts your opponent off-side. Remember: you only have to stay in the point to give yourself the opportunity to win it.

Percentage tennis means waiting for the right attacking opportunity. This might be a short ball, high volley or when your opponent is out of position. Recognising these opportunities is important, and so too is timing them. Consider the score before you play a risky attacking shot – it’s fine at 40-0, but not always advisable at deuce in a key game, or on a break point.

You might be playing the safest tennis, but that shouldn’t stop you thinking about what your opponent is doing, or what you should be doing to succeed against them. Stick with a winning game plan if it’s working for you, but be prepared to adapt your plan mid-match if things aren’t going your way.

Percentage tennis means hanging in points for longer periods of time, so fitness is paramount. You’ll need both endurance and the ability to run. Fitness allows you to be patient and test the strength of your opponent. While you’re still relatively fresh in the latter stages of a match, they may start to fade.

> find out more about how you can build your endurance

For more tips on how to improve your game, check out the latest edition of Australian Tennis Magazine.