In our French Open Q&#038;A, Sam Stosur discusses Rome, training for the French Open and returning to the site of one of her most successful tournaments. 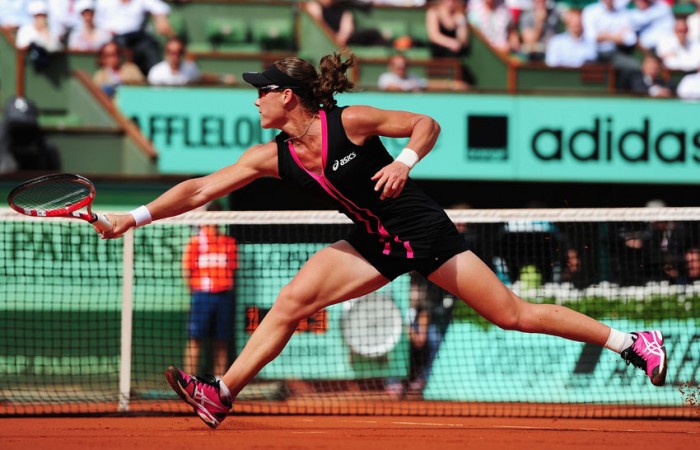 Sam Stosur gives her thoughts on her productive week in Rome, training ahead of the French Open and what it feels like to return to the site of a tournament that has brought some of her greatest career successes.

A quarterfinal result in Rome was your best of the clay season, and came just a week out from the French Open – do you feel that you’re peaking at the right time?

It has been a tough start to the year with injuries but I was very encouraged by my form in Rome. I think it has come at the right time and hopefully I can build on that with some matches in Paris.

Were you at all worried about your form, given the opening round losses in Stuttgart and Madrid?

It is never fun losing in the first round but I was quite realistic as I had not been able to do too much training leading in to those events. I thought there were signs in my matches but probably I was a little up and down and not able to maintain a high level.

How satisfying was it to finally claim a win over Petra Kvitova in Rome?

It is always nice to beat a top ten player, and I had come close the last couple of times against Petra, so I knew if I played well I could win.

Victoria Azarenka’s been a bit of a nemesis for you but the past two times you’ve faced her, you’ve come extremely close to winning. Is that encouraging, and how can you get over that hump?

I think our last few matches have been much tougher, and certainly the last two, I have been very close to getting over the line. She is very tough so you have to finish her off, but I certainly feel more comfortable playing against her now.

You can read the full Q&A with Sam Stosur at samstosur.com.