Five drills to improve your agility

Playing on clay requires excellent movement, footwork and agility. You can improve this area of your game by following these simple, high-energy drills. 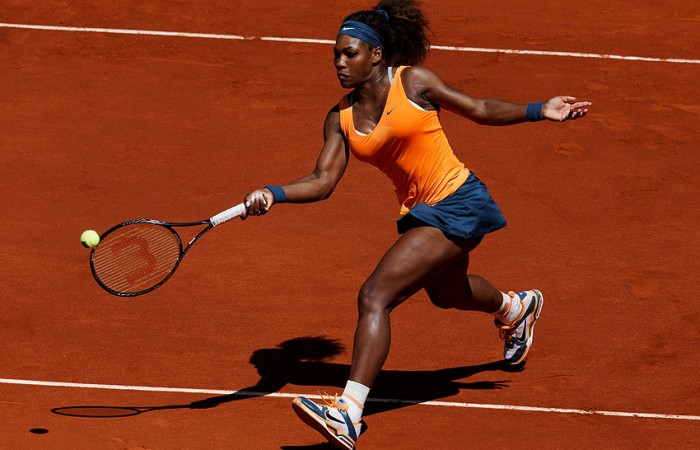 Agility is a key characteristic for success in tennis where you speed up, slow down and constantly change direction – all the while maintaining balance and control in some high pressure situations. Being agile not only helps you get to the ball faster and prepare better for shots, but it also allows you to have the proper balance in order to hit the ball.

The following agility exercises are tennis specific, can be performed holding your racquet, and should be performed at 100 percent intensity. Focus on acceleration, speed between movements and deceleration.

So grab a partner and give these drills a go – before hitting is best – ensuring you’ve had a complete warm-up.

Place eight cones on the court as shown, two metres apart. Start at the first cone, sprint forward to the second cone, get around the second cone and sprint backwards to third cone, continuing the pattern until you reach the last cone. Slow jog to start and repeat. Ensure you start at both ends. Rest 1-2 minutes between sets

Place six cones on the court as shown, three metres apart. Start at first cone, sprint forward to the inside of the second cone and back-pedal around it in a clockwise motion – keep your body facing forward and use small fast steps. Accelerate out of the second cone to the inside of the third cone and similarly back-pedal, this time anti-clockwise. Accelerate out of the third cone towards the fourth, and repeat this pattern until all six cones are completed. Slow jog to start and repeat. Perform 6-8 reps, 2–3 sets, and rest 1-2 minutes between sets.

Face your partner on the opposite side of the net, both of you in the service boxes. Start to play tennis by throwing the ball underhand, landing it in the service boxes. Aim to catch the ball after it has bounced once and throw it back as quickly as you can, trying to get your opponent out of position. Have two balls available for this drill, complete 2-3 sets, and rest 1-2 minutes between sets. 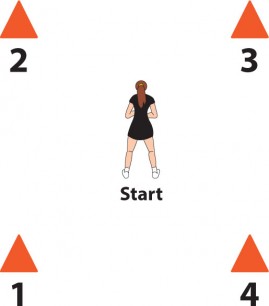 Place 1-4 numbered cones in a square shape on the court as shown, 2-3 metres apart. Starting in the middle of the box, have your partner call out one of the numbers, moving to the cone as quickly as possible. Your partner will call out another number before you get to the first cone, so turn and move towards that cone and keep repeating sequence. Aim to move to each cone as quickly as you can either forward, backwards and laterally. Complete 2–3 sets of 45-second reps, with 1-2 minutes rests in between.

Trainers Nathan and Giselle Martin of Energise Health Management have been in the health and fitness industry for 15 years. They travelled on the WTA Tour from 2000 to 2004 and also worked at the Sanchez Casal Tennis Academy in Barcelona, Spain. They’ve worked with Sam Stosur, Svetlana Kuznetsova, Jennifer Capriati, Arantxa Sanchez-Vicario, Monica Seles and Martina Navratilova. The Bondi-based pair now work with Casey Dellacqua and Lleyton Hewitt. For further information, visit www.tennisfitness.com.au.