Argentina's world No.7 Juan Martin del Potro on Wednesday pulled out of the French Open with an ongoing viral infection, joining Andy Murray on the sidelines. 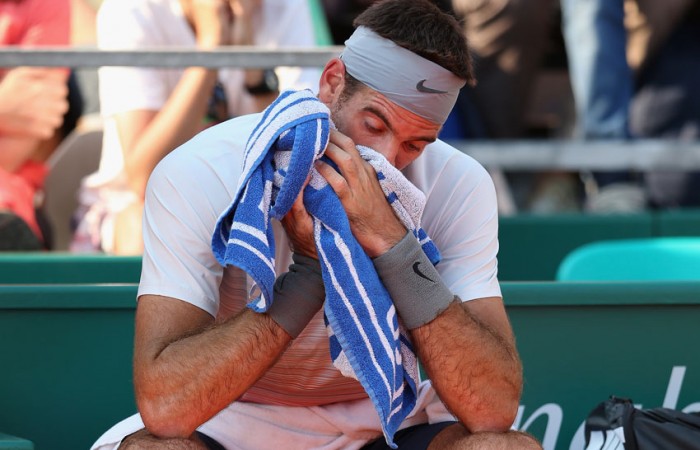 Argentina’s world No.7 Juan Martin del Potro on Wednesday pulled out of the French Open with an ongoing viral infection.

Del Potro is the second top-10 ranked ATP player to withdraw from the second Grand Slam of 2013 following world No.2 Andy Murray’s decision on Tuesday to pull out due to a back injury.

“This is a tough blow, because these are the events you dream of winning,” said del Potro, who reached the last four at Roland Garros in 2009 and quarterfinals last year.

“Now I must get over this disappointment and recover completely in order to prepare at 100 per cent for the tests to come,” he added.

The Argentine was already forced to sidestep recent tournaments in Madrid and Portugal with the problem. He resumed at the Rome Masters last week before succumbing to France’s Benoit Paire in the third round.

It has also been announced that American players Brian Baker and Mardy Fish have pulled out of the tournament.

Organisers said Wednesday that Baker has not recovered from a right knee operation and Fish is unfit due to heart problems. They will be replaced in Friday’s draw by Joao Sousa of Portugal and Guido Pella of Argentina.

The French Open starts on Sunday.