Sam Stosur feels a frustrating year may have taken a turn for the better just in time for the French Open. 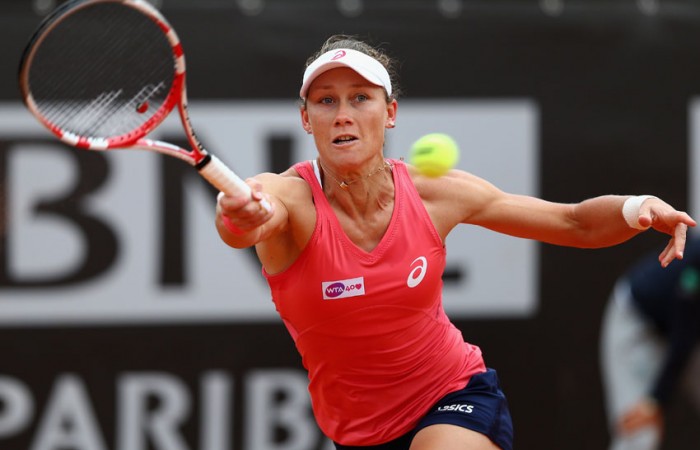 Sam Stosur feels a frustrating year may have taken a turn for the better just in time for the French Open.

A combination of injuries and mixed form have meant the 29-year-old is yet to build any real momentum in 2013.

But an improved showing in Rome last week has provided a timely confidence boost; the 2010 Roland Garros runner-up defeated world No.8 Petra Kvitova for the first time before suffering a tight loss to top-ranked Victoria Azarenka in the quarterfinals.

Crucially, she also felt no ill effects of the calf problem that has troubled her in recent months.

“I don’t think I played bad (in Stuttgart and Madrid) but there were certainly things I really needed to work on,” Stosur told AAP.

“I think part of that was just having not played for quite a while and, especially the first week, being a little apprehensive about my calf. But now that I’m absolutely in the clear with that, when I got to Rome I tried to focus on a few little things and got the reward for that.”