Andy Murray will miss the French Open with the back injury that flared up at the Rome Masters, the world No.2 announced on Tuesday. 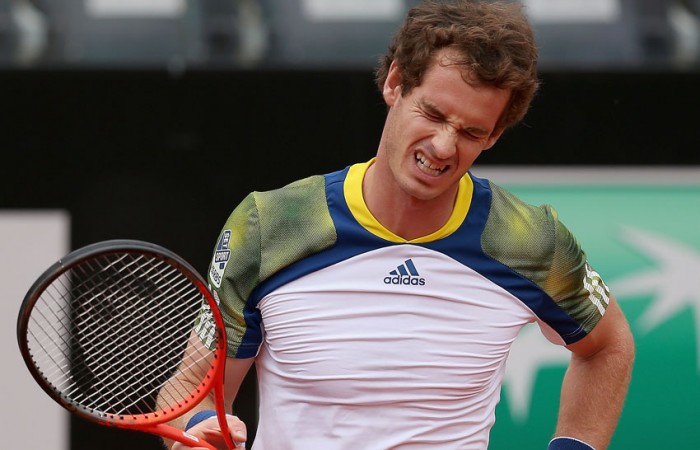 Andy Murray will miss the French Open with the back injury that flared up at the Rome Masters, the world No.2 announced on Tuesday.

After meeting with medical specialists, Murray has decided to skip the second grand slam of the year at Roland Garros to ensure he is fully fit for Wimbledon.

“It’s a really tough decision and I love playing in Paris, but after seeking medical advice, I am not fit to compete,” the US Open and Olympic champion said in a statement to Britain’s Press Association.

“After consultation with his team and medical specialists, Andy has reluctantly withdrawn from the French Open and will instead focus on preparation for the grasscourt season.”

Murray had raised the possibility of his absence from the French Open after retiring with the back problem in his second-round match against Spain’s Marcel Granollers in Rome last week.

“I’d be very surprised if I was playing in Paris,” a subdued Murray said then.

This will be the first grand slam he has missed since Wimbledon in 2007.

The injury was the same one which required him to take a pain-killing injection in order to play Roland Garros last year where he reached the quarterfinals.

Murray will now aim to return for the start of the grasscourt season at Queens Club on 10 June.

“(The back) has not been perfect for a long period. I want it to start feeling good again. Everyone goes into matches with niggles, but this is very frustrating,” added Murray after his Rome retirement.

“I don’t want to go into details, but I’ve got a disc problem. It changes week to week. It’s been an issue for a while, but I want to make sure it goes away.

“I don’t want to be playing with it long-term. It’s not enjoyable at all.”

The French Open begins on Sunday.