Five strategies to grind out a win

Nobody ever plays their best tennis. If you find yourself having ‘one of those days’, Michael Filosi from Australian Tennis Magazine has the winning strategy. 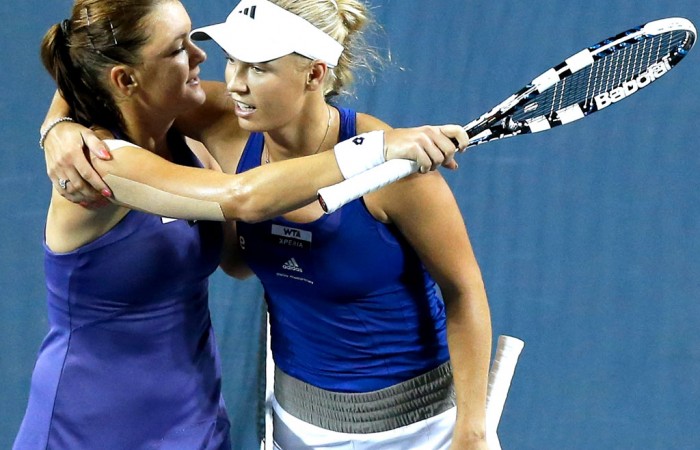 Sometimes when you take to the court, everything you touch turns to gold but for many players, being ‘in the zone’ is the exception rather than the rule. On these days securing victory can be difficult but it isn’t impossible. To get the ‘W’ your challenge is as much mental as it is physical.

Make your opponent earn every point

Frustrate your opponent with tenacious play, persistence and hard work. Lift your effort to chase down every ball, make your opponent hit extra shots and get the ball back at all costs when returning serve.

This advice is particularly crucial when you’re in a tight contest. Each point takes on greater value, so don’t gift any easy points and make your opponent work for everything.

If you can’t quite get ahead of your opponent or your game is a little off the boil, it is probably not the time to start swinging for the lines every chance you get. Focus, play to your strengths and do the simple things well.

Try and make high percentage plays by sticking to what you know and be prepared to craft a point and play a few extra shots in order to secure an easy put-away rather than go for the difficult winner early in the point.

When you’re not playing at your best, you may not be able to blaze winners off your own racquet at will, but that is not to say that you cannot still win easy points and take the wind out of your opponent’s sails with aggressive play when the circumstances suit. Developing knowledge of how your opponent plays allows you to assess what you can capitalise on in their game to keep them under pressure.

For instance, you may be able to use your opponent’s weak second serve or soft backhand as an opportunity to attack their weaknesses and shift the momentum of the match into your favour. It might not be pretty, but a win is a win no matter how you secure it in a close match.

Keep your emotions in check

If you miss an easy shot, or hit the ball just out, try not to let your emotions get the better of you, as this will give your opponent a mental edge if they sense that you are frustrated or not playing as well as you might normally. Equally, don’t celebrate your opponent’s errors either – this is unsporting, but can also serve to motivate your opponent to lift their game and play better.

Focus on one point at a time

Rather than rue the fact that you’re lacking your best touch, try and focus on playing the best tennis you can each and every point.

Put to one side any thoughts of the end result and instead focus all of your energies on the point at hand. Equally, try not to dwell on missed chances or points lost in the past as this can prevent you from playing your best tennis. Move on and re-focus on the next chance you have to gain the ascendency in a match by winning the current point.