With the French Open looming, Australian Tennis Magazine examines the many valuable lessons that claycourt tennis provides for developing players. 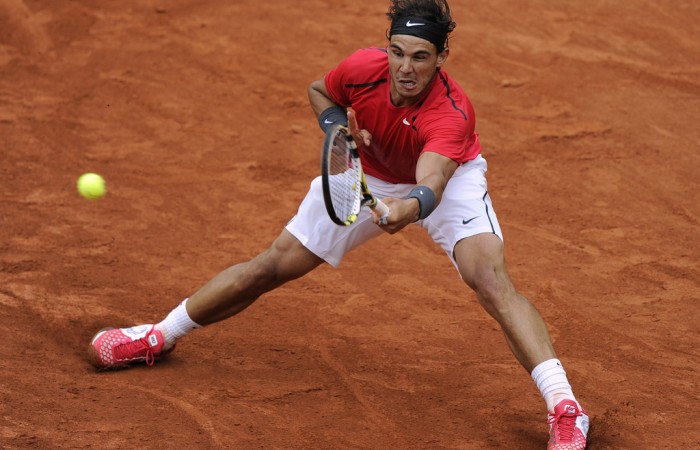 What do Novak Djokovic, Andy Murray, Roger Federer, Rafael Nadal and Juan Martin del Potro have in common? Apart from the fact they are perhaps the leading players within the top 10, they also possess games that were developed on clay. In fact, the only other active player who can count slams on his resumé, Lleyton Hewitt, is also the only player without a significant amount of his tennis education spent on the slidy red stuff.

In contrast to grass and hard courts, the ball rebounds off the clay at roughly 10 percent slower the pace. It also reaches significantly higher elevation. Both of these attributes prompt much longer rallies, which see players employing different strategy and encouraging the development of extreme spin to win a rally that could not be ended in a blur.

As important as the way in which the ball is hit is the ability to track and attack it. The advantage to get back almost any ball, any way possible serves not only to help stay in a point but also dishearten a usually aggressive opponent. Since the ball stays in play that much longer on clay it could be argued that those who win regularly on it are strengthening their mental toughness. Another distinct and obvious skill is the ability to slide into a ball, a talent we most often attribute to Novak Djokovic and Gael Monfils.

With longer rallies, invariably comes more court coverage. The ability and expertise to play up to two meters behind the baseline while still possessing the athletic ability to run down a drop shot is a notorious quality of a clay court specialist.

When we think of the modern player we are met with a plethora that have developed their skills on ‘the dirt’. We find players that have learned how to defend as well as attack, who know how to deal with the high backhand or run and slide into a forehand, that can play consistently and stay tough mentally. Growing up on clay courts and having these attributes ingrained into the foundation of your game is an obvious plus. Consider David Ferrer, for example, one of the most classical clay court players currently on tour who led the tour in titles in 2012 as an undersized, over-aged grinder.

In truth the players that abound the rankings are testament to it. Of the primary nations known for clay courts and with players who grew up on it, countries such as Argentina, France and Spain, we find a multitude of representatives from these nations not only within the ATP’s top 100 but also throughout the tour. In contrast three nations more known for hard courts, USA, Australia and Great Britain, can only account for 11 players in the top 100.

Interestingly the style of game developed and employed on the clay court appears to transfer far better to a hard court than the reversal. This may be attributed to the increased popularity of topspin used in the current era as this sees the clay court player at an obvious advantage as they are used to hitting the ball at shoulder height. Other considerations may relate to the fact that longer game play allows a player to think more about ball placement and shot selection. To be successful on the clay, players not only need refined strokes but the mind of a chess master and the patience to win the war of attrition, as a three set clay court match can take as long as a five set grass court match.

Even with the advancements of racquet and string technology, in many ways the clay court has allowed for a much more level-playing field. The giant with the big serve by no means has the advantage. The player who has spent hours honing their skills, improving their consistency and with it physical and mental stamina now has the advantage in the modern game.

You can read the full feature in the May issue of Australian Tennis Magazine, which includes clay plays and qualities that will help you enhance your game on the dirt.